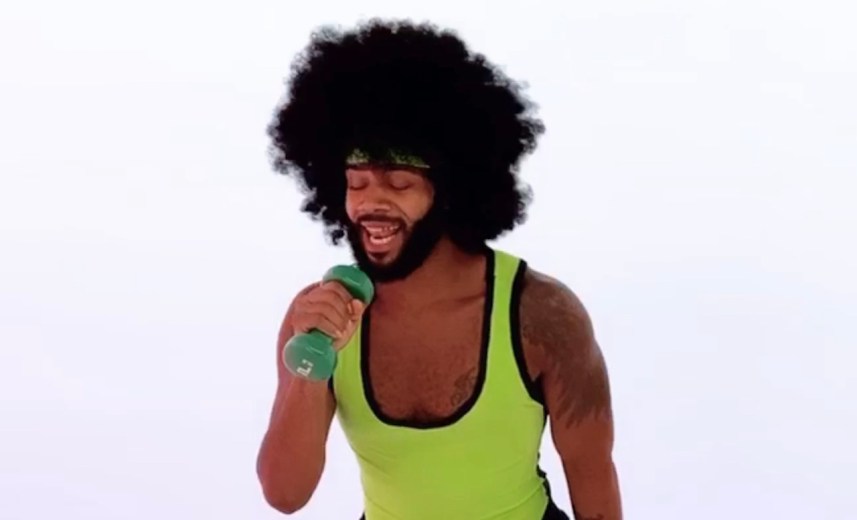 Obé is ‘eventizing’ its fitness classes to retain customers

As customers adjust to month eight of Covid-19 living, companies set up for virtual living pre-pandemic know that they can’t rest on their laurels.

Like Peloton and Mirror, Obé, which launched in March 2018, bet on the concept that pricey, boutique fitness could be done at home. Obé’s dancing, boxing, pilates classes are convenient, plus the company’s monthly subscription is $27 versus the standard $35-plus prices of a single class at Barry’s Bootcamp or SoulCycle. Though Obé saw membership increases of 80% month-over-month between March and May because of coronavirus (which has leveled to 30% month-over-month growth since), the fitness company has been intent on not being a victim of Zoom fatigue.

Since March competition for virtual mindshare has increased: Barry’s, SLT and Mindbody are a few of the fitness companies that have unlocked virtual class offerings, after previously offering in-person classes exclusively. And cross the beauty and lifestyle space, companies like Blushington, Armani Beauty and Violet Grey are trying to elevate the Zoom experience.

Since July, Obé has developed themed live offerings with “Sex and the City,” “Game of Thrones,” “Euphoria” and “Sesame Street” via HBO Max. It also celebrated En Vogue’s 30th anniversary by livestreaming the group’s members into classes while playing their biggest hits.

“By ‘eventizing’ what we do, it makes our classes more of a celebration,” said Obé co-founder and co-CEO Mark Mullett. “It’s fun for our clients, but it is also a drive to our live classes.”

Obé offers 22 live classes a day, but it also makes some classes available on-demand for ease of use. However, the company has found that event-style classes have a viewership rate that’s 3-10x playback classes.

To keep excitement going for Obé, co-founder and co-CEO Ashley Mills said the company has ramped up its themed Halloween classes, where instructors are in full costumes and decor fills the screen, from just one week in 2019 to the last two weeks of October. Members, too, are encouraged to dress up for live classes and share their “sweaty selfies” on social media.

Halloween programming officially kicks off on October 17 and will include a “Time Warp Week” series featuring ’60s “Age of Aquarius” power yoga, ’70s “Disco Inferno” HIIT and strength, and 90’s “Baby Got Back” dance, HIIT and strength. Additionally, the company is hosting a “Trick or Treat Halloween Spectacular,’ dance HIIT classes for children ages 3-10, where kids can “collect” digital candies on-screen. The two weeks of Halloween programming will culminate with the “Monster Mash Up Marathon,” that includes a Richard Simmons “Sweatin’ to the Oldies”-themed class.

“The only mistake we made last year was that we didn’t do it for longer,” said Mills of its Halloween programming. “We know it’s hard for some of our Obé family to be consistent, and it can get hectic, especially in the mornings with work and getting kids ready for school. So we’ve found that live classes offer a sense of accountability. Because of Halloween, October has become the biggest month of the year for Obé.”

Obé has found that members who watch live classes take 4.5-times as many classes as members who only watch on-demand. An average member takes 14 classes per month (an increase from 11 classes per month in 2019). Mullett added that the company is amplifying live celebrations as one would have experienced in an in-person class. For example, in the last few months, instructors have been proposed to on-air, while members have shared pregnancy announcements and gender reveals to the strengthen Obe community.

This strategy extends to Obé’s flagship events, as well. The company held larger in-person fitness events with a cap of 80 attendees and speakers in 2018 and 2019, at New York City’s Dream Hotel and Freehand Hotel, respectively. And it held its first digital retreat in late September. Rather than make members pay for a ticket, the event was free for all members and they could “dip into and dip out” of sessions.

“We said, ‘Come for two sessions, come for 10 minutes.’ We didn’t want people to be beholden because of an expensive ticket price that doesn’t make sense now,” said Mullett. “We’re trying to add value to our members’ lives, and with everyone at home and being inundated, it comes back to making all of our moments worthwhile.”