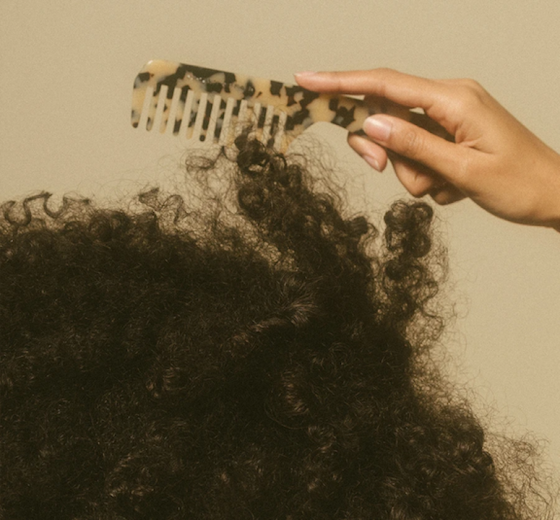 The coronavirus pandemic has forced new, digitally-native beauty and wellness brands to rethink the original tenets of the DTC model.

Supplement brand Mab & Stoke, which launched in January, was a company that wanted to marry its herbal remedies with a giveback program like DTC legacy player Warby Parker, said Christina Mace-Turner, founder and CEO. Warby Parker donates a pair of glasses for each pair purchased. For its part, Mab & Stoke planned to plant trees to support reforestation when customers bought its “focus,” “calm” or “immune” tablets. Its key partners are non-profits American Forests and United Plant Savers. But Mab & Stoke also understood that the wellness industry has historically not been as inclusive as it could be.

“The pressure is on to be even more forthcoming with your customers,” said Mace-Turner, who across email and social media has built Mab & Stoke’s customer base to approximately 80,000. “You can’t just launch a giveback program and rest just on that.”

So Mace-Turner decided to marry economic inclusion, given Covid-19, with Mab & Stoke’s giveback model. In mid-June, the company launched a change in its pricing structure in an effort to foster wellness for all. Customers can subscribe monthly to one of its different pricing levels (such as 10% off, 30% off and 80% off) allowing them to “pay what you can.” Mab & Stoke believes that those who take part in subsidized pricing will do so on an honorary basis, based on what they can afford. This has also enabled the company to find its most active and engaged customers. Sixty-four percent of customers only wanted 10% off, and those happened to be the brand’s most regular shoppers. The bigger discounts of 30% off and 80% off accounted for 17% and 19% of consumers, respectively. In its first month of “pay what you can,” new subscribers grew by 714% month-over-month. Mab & Stoke is not the first to include economic equity in its business model. Everlane, too, has offered a “choose what you pay” program in the past, but has come under fire for its performative “radical transparency” as of late.

Other companies, like hair ritual brand Crown Affair that launched at the start of the year, and body brand Hiki, that debuted in March, were also built on a community-minded ethos. For Hiki, it pivoted to free product soon after launch and only introduced its products for sale after two months of coronavirus-related quarantines and shutdowns.

In the case of Crown Affair, because the hair company was launched with at-home hair care as its focus, catering to those air-drying their hair versus rushing to the salon for a blowout, it was perhaps better prepared for Covid-19 than other beauty brands and also able to talk to customers more authentically. For instance, the brand eschews social posts and content featuring hashtags #hairgoals or #goodhairdays, said Dianna Cohen, founder and CEO at Crown Affair, who previously worked at first-gen digital brands like Away, Spring and Into the Gloss. Crown Affair raised $1.7 million in a seed round in January.

“That feels like an 2010 way to speak to our community, despite millions of posts,” said Cohen, of those hashtags. “We want our customer relationships to be deeper and more connected.”

Its blog, Top of Mind, instead reports on daily hair brushing techniques and deep dives on hair issues like telogen effluvium. Crown Affair piloted a “seedling group” of 100 women, who it frequently talks to through Zoom and its private Linkedin Group for ongoing feedback. It’s also launching its first ambassador program called The Set, of eight women, on Tuesday. The brand promoted the program via a custom landing page, and existing customers and community members applied. Unlike other ambassador programs that are highly publicized and are used to gain followers via influencers’ own audiences, Crown Affair does not expect to promote the individuals within The Set externally at the pilot stage of the program. All of these content and customer service strategies are to ensure that Crown Affair doesn’t cast its customer net too wide and remains focused on customer loyalty.

“Crown Affair has always been rooted in daily rituals and how you take care of yourself at home, [even] pre-Covid. With those who are able to be home now, spending more time at home and unable to quickly visit their salon for a cut or quick fix have been catalysts for reorienting themselves to the care part of their hair journey, not just the styling piece,” said Cohen. “Hair content is often driven by professional stylists or styling tutorials of how to achieve a ‘look’ or get a certain celebrity’s style. I wanted something different, more mindful. Our community is telling that story to their audience with us, and that aligned partnership is a powerful way to create a grassroots ‘word of mouth’”