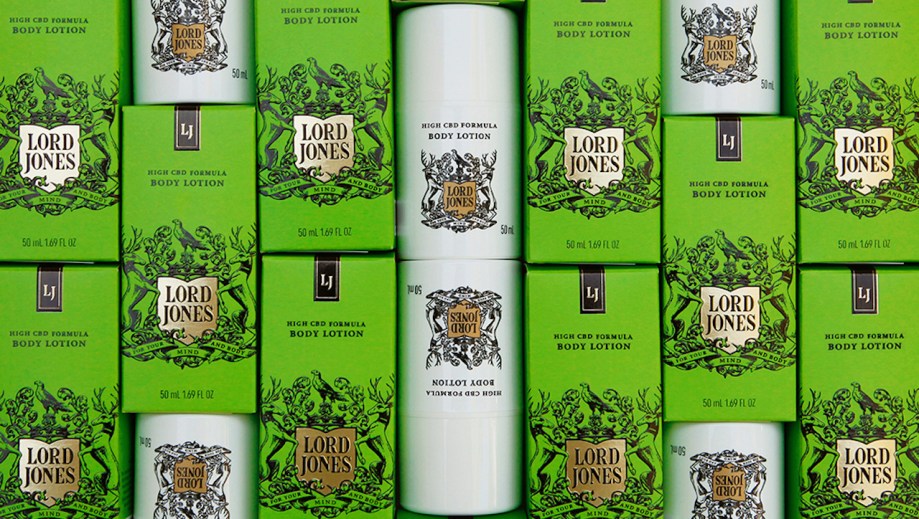 Scheduled to launch in the fall via direct-to-consumer, Happy Dance will cross both the skin-care and personal care categories, like Lord Jones, but will be sold at a mass price point, said Robert Rosenheck Lord Jones founder and CEO. The new line will also be the first new brand to come out of Lord Jones, which was acquired by Canadian cannabis company Cronos Group for $300 million in 2019. Cronos, for its part, has seen its stock rise just last week and is expected to weather Covid-19, due to its cash reserves.

“When I met Lord Jones founders Rob and Cindy [Capobianco], we aligned on a shared desire to make a CBD line that would be accessible to a wider audience at a lower price point, while maintaining the same trusted quality as the Lord Jones brand,” said Bell, co-founder of Happy Dance. “Self-care shouldn’t be an event; self-care should consist of everyday pick-me-ups that can be integrated into one’s daily routine.”

Bell has been busy on the entrepreneurial front. Last year, she, with husband Dax Shepard, launched Hello Bello, a premium, plant-based line of baby products sold exclusively at Walmart. Lord Jones, for its part, expanded into 282 Sephora locations earlier this year and is a cornerstone of the retailer’s curated CBD Standards program that includes Saint Jane, Prima and Flora + Bast. Rosenheck said that a similar distribution model for Happy Dance is not planned, and the focus will remain DTC.

“Lord Jones started as a digitally-native brand, and that’s where we feel we have an expertise,” said Rosenheck “Our idea with [Bell] is to bring quality CBD to the masses; she is the perfect messenger for that. We understand that not all people can afford Lord Jones,” Rosenheck declined to share exact details around price.

Just last week, the National Association of Cannabis Businesses (NACB) urged governors in New York, New Jersey, Connecticut, Delaware, Pennsylvania, Rhode Island and Massachusetts to push legislation for full cannabis legalization as part of their strategies to re-open and recover from the Covid-19 pandemic. There are a smattering of brands that currently sell at a mass price point, such as Sagely Naturals, which sells at CVS and Ulta, though it is also carried by Neiman Marcus. Sagely Naturals was one of many brands to rush to get national distribution following the passing of the 2018 Farm Bill.

“Fully legalized cannabis is an idea whose time has arrived,” said Gina Kranwinkel, NACB CEO.  “In states where cannabis has already been legalized, the industry is boosting small business and minority entrepreneurship, creating jobs and generating millions of dollars in state tax revenue.”

Beyond the economic implications, more customers are gravitating toward CBD to deal with stress and uncertainty in light of Covid-19 and its long-term effects. Brightfield Group reported that four out of 10 U.S. consumers plan to use CBD more frequently because of the pandemic and that 15% of customers are looking for higher doses. At the same, the firm said consumers are looking for more affordable options.

“We feel fortunate we can do this with Kirsten. We haven’t furloughed or made any layoffs during the pandemic — actually, we’ve been hiring. Our e-commerce is strong; retail is challenged, but we feel good about our future,” said Rosenheck.