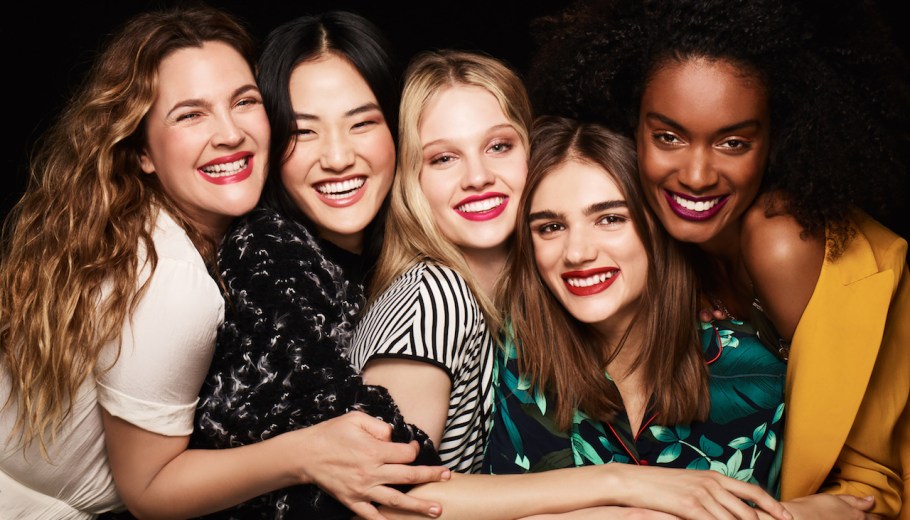 ‘It’s about what is newer, better, different’: Why the private label beauty segment is booming

When news broke earlier this month that discount retailer Dollar General will be rolling out its first private label makeup line, called Believe Beauty, on May 1, it was the fourth private label beauty announcement by a well-known retailer in less than a month.

Hudson Bay Company launched its version, dubbed Fifth City, for Saks Off Fifth in late March, and the same month, Amazon came out with its new affordable skin-care line, Belei. It includes 12 products that range in price from $9 to $40. QVC, which has historically turned to beauty brands like Tatcha to develop new categories of interest, like neck creams, announced in April its project, Carmindy Beauty, in partnership with manufacturing and product strategy firm Batallure Beauty — it will be released in September.

Private label beauty brands by retailers are not a new concept, but they are increasing at a faster-than-ever rate. According to market research firm Euromonitor International, the private label segment grew by nearly 4% between 2013 and 2018. Further indicating the increased power that private label could have on the overall industry is the boost in investment in beauty brand incubators. These incubators serve as one-stop shops for product and research support, formulations and manufacturing, packaging, and, even, marketing and content. Bain Capital Private Equity acquired in March a majority stake in Maesa, which created the line for Dollar General, and in November 2018, Cornell Capital invested in Knowlton Development Corporation (KDC) and portfolio company Vee Pak acquired Cosmetic Essence Innovations.

Maesa has been around since 1997, and counts Zara and H&M as clients. It was once heavily focused on fragrances, however that has shifted to makeup, skin care and even hair, said Scott Kestenbaum, Maesa executive vice president over sales. Additionally, Maesa, which is vertically integrated and hit about $280 million in annual sales in 2018, has shifted from making brands for beauty companies or retailers to incubating its own brands that aren’t necessarily retailer-specific, said Scott Oshry, Maesa chief marketing officer.

Its most recent offerings showcase this: It developed Drew Barrymore’s Flower Beauty with Walmart in 2013, which was exclusive to the mass chain until February 2018, and Urban Outfitters’ in-house beauty brand Ohii in August 2018. Kristin Ess Hair Care, which was sought to fill a luxury-at-mass white space in Target, is its latest success story, on track to hit $100 million in retail sales in 2019.

“We think about what is the reason to exist,” said Oshry of Maesa’s playbook. “It’s about the brand promise and positioning, which is in part white space, but it needs to extend past an exclusive with a retailer and prove that there are legs beyond that.” Barrymore’s Flower Beauty, for instance, was with Walmart for five years, but it launched in Ulta Beauty in 2018 and has since expanded to 12 countries. Kristen Ess was a Target exclusive for two years, but since January, it, too, has expanded internationally to Boots in the U.K., Priceline stores in Australia and Liverpool doors in Mexico.

Maesa’s “Exclusive Brands” sector, made up of its in-house brands, accounts for 47% of its business and is growing. Its retailer business is 28% of the pie, and outsourcing represents 25%. Outsourcing involves filling in holes for upstarts or direct-to-consumer companies, as was the case with men’s grooming and personal care brand Hawthorne, where it helped with product design and manufacturing. Maesa will debut three more exclusive brands in 2019 outside of Dollar General and is on track to double the number of new brands in 2020, to eight, said Kestenbaum. Because of Maesa’s vertical capabilities, it can launch beauty brands in eight to 12 months, while larger conglomerates take 24 to 36 months.

Though QVC has had private label fashion brands for over 30 years, including DuJour, G.I.L.I and AnyBody, Carmindy Beauty is an attempt to be faster, more nimble and more responsive in the space. It is also meant to underscore a brand founder point of view, as is the case with Barrymore and Ess.

“It’s becoming more important for retailers to offer product differentiation, and exclusive items and brands that the customer can’t find anywhere else,” said Rob Robillard, vice president of integrated beauty merchandising for QVC U.S., HSN and Zulily. “The trend of private label is about connecting to the customer, satisfying their need for freshness and newness and being a trusted source. For our beauty business at QVC and HSN, we believe it’s about more than just creating exclusive beauty lines. We are developing and building brands that have unique stories and compelling storytellers.”

Batallure Beauty co-founder Robin Burns-McNeill, who previously helped create Christian Louboutin Beauté and beauty collections for Derek Lam and Elizabeth and James, said, “Private label allows retailers to build a sustainable business as they gain the ability to retain existing customers who must replenish with them.”

For her part, makeup artist Carmindy’s claim to fame was the television series “What Not to Wear,” which ended in 2013. Though she may not be the most obvious influencer to collaborate with — she has just over 62,000 followers on Instagram and around 107,000 followers on Facebook – Carmindy’s partnership with QVC was driven by audience data and preferences, said Robillard. He said Carmindy’s signature natural makeup look was a draw for QVC’s 8.1 million U.S. customers, who are typically between the ages of 35 and 64 years old.

“We also pay really close attention to engagement on our digital platforms and look at what type of content and format drives more. The Carmindy Beauty brand grew out of a need for a no-makeup makeup color cosmetics line that will allow our customer to achieve a natural glow,” he said.

To develop a larger following for Carmindy online and build their presence along with hers, QVC is partnering with her on digital and social content. Maesa’s 300 global employees, too, are there to serve brand founders in regard to social content, marketing, product and retailer experiences. Its internal social and digital department specifically works with its brands at different levels, but it embraces the strengths of its founder partners, especially if they are influencers themselves. For example, Ess, who has a following of 517,000 on Instagram with high engagement on hair content, leads her brand’s social media positioning and strategy.

But not every exclusive brand needs a face. Birchbox has two private label lines in its merchandising assortment, called Love of Color and Arrow, which launched in October 2015 and January 2016, respectively. Love of Color’s One & Done Shadow Stick has become Birchbox’s top eye product in 2019, and Arrow’s Boost Color-Enhancing Lip Balm is the retailer’s No.1 best-selling lip product. Both lines will be expanding in 2019 to respond to existing holes in the market, said Alex Azzara, Birchbox director of merchandising. “It’s critical that our in-house brands have integrity and utility for the customer. They’re not simply derivative of best-selling products from existing brands,” she said.

Dollar General’s 150-product line that lands in its 15,400 stores in May and will expand to 975 more locations later this year doesn’t have a influencer or celebrity attached, either. Nothing in the collection is over $5, with the brunt of costs going to formula development and packaging, said Oshry, to still achieve a premium feel.

“In everyone of our cases, it’s about what is newer, better and different — products that you can’t get anywhere else,” he said. “This is an expanding retail segment and growing faster than ever before. With Dollar General, we’re proving that a customer shouldn’t be segmented with beauty products and shopping experiences by what they have to spend anymore.”