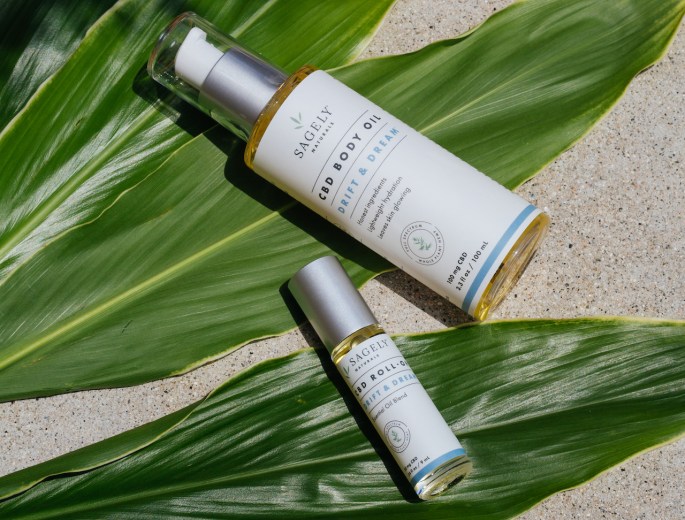 ‘It completely changed the trajectory of our business’: The Farm Bill’s effect on CBD in beauty

As the race to bring CBD to the masses heats up, 4-year-old beauty brand Sagely Naturals’ accessibility in brick-and-mortar retail is changing the course of its growth.

Since the Agriculture Improvement Act of 2018 (popularly called the Farm Bill) was passed in December, stating that the production of hemp is legal, Sagely Naturals has managed to expand its distribution from natural food and mom-and-pop stores to national retailers. Partnerships with CVS and also Ulta Beauty, where product hit stores in July, have resulted in the CBD company selling in more than 5,000 locations. Currently, the brand sells an assortment of just 11 skin-care and ingestible products that retail for $19.99 to $74.99.

Despite its lower price point, Sagely Naturals has also established distribution in select Neiman Marcus locations. Prestige retailers like Barneys New York and Sephora are going after a much more affluent customer.

“At the beginning, we were individually knocking on natural food store doors, because no one really understood what CBD was. But when the Farm Bill passed, it completely changed the trajectory of our business,” said Kerrigan Behrens, co-founder and CMO of Sagely Naturals. “We had pretty wide distribution geographically, but once the regulations changed, we saw an interest from retailers that showed a comfort that had not previously been there before.”

In Ulta’s 500-plus stores, Sagely Naturals joins Cannuka, which is in nearly all of the retailer’s 1,200 locations. At CVS, the brand is sold alongside CBD products by MedTerra and Elevate; it holds a 29% of market share in the retailer, despite only launching in around 1,500 of 9,900 total locations in April. Sagely Naturals would not disclose 2018 sales, but Behrens said, from 2018 to 2019, it has seen 514% year-over-year growth, and it expects that number to reach 900% by year’s end. Like Cannuka and Lord Jones, the latter of which became the first CBD brand to land in Sephora’s physical stores in July, Sagely Naturals has found that its retail accounts are a necessary marketing lever for reaching a wider audience. Google and Facebook still do not allow for drug or drug-related promotion on their platforms.

Customer data collected thus far via its website and social traffic and “Sagely Insiders” e-commerce loyalty program has helped Sagely Naturals fill out its product assortment. Though its Relief & Recovery lineup of four products is its largest collection and two of the included items are top sellers on its site, Behrens said products were serving a female Baby Boomer consumer. Though they were interested in CBD, millennials were not purchasing as avidly, because pain relief was not a top concern. Those learnings inspired the brand’s launch of its Tranquility and Drift & Dream lines that combat stress and sleep issues, respectively — the latter launched in April.

“Sagely continues to work with manufacturers that have the ability to scale up and down depending on seasonality, new product launches and retailer demand,” said Kaley Nichol, co-founder and COO of Sagely Naturals. “We have diversified production to avoid single point failures and have expanded our distribution relationships to service additional channels and doors across the U.S. Our hemp supplier partnerships are critical to the success of our brand to ensure we can provide the best quality CBD in our products and ensure scalability.”

To further satisfy that younger customer, Sagely Naturals will be working closely with Ulta on future product developments, and speaking to that customer via its sampling and loyalty programs, as well as through 20-plus unpaid and paid influencers in August.

“So many of our customers have found us via friends and family, so more sampling and working with influencers is about amplifying that word-of-mouth referral,” said Behrens. “This is an exercise to see if these [tactics] yield brand awareness and conversion across this swath of customers who want to know more about CBD.”