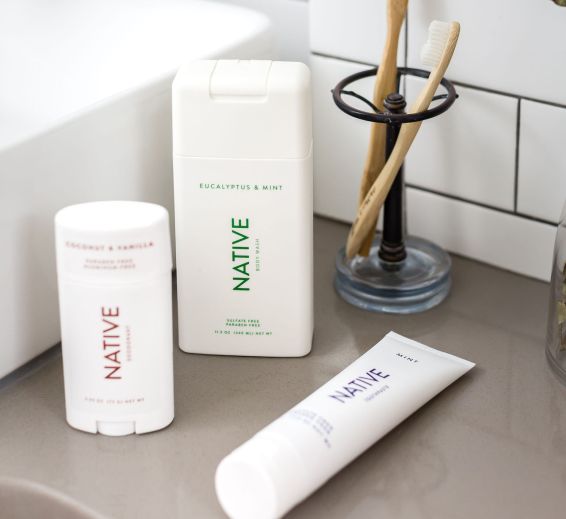 Is a founder exodus happening across beauty?

On Monday, Moiz Ali, who founded Native Deodorant in 2015 and acted as CEO, exited Procter & Gamble and Native. The CPG giant purchased the brand in December 2017 for $100 million. Also on Monday, Unilever announced that Sundial founder Richelieu Dennis was transitioning out of his role of chair and CEO to focus on his own entrepreneurial desires and lead Sundial’s new Social Mission Board. Ali and Dennis were obviously instrumental in leading their companies pre-acquisition, and the same applied post-purchase. Via Shea Moisture, Dennis brought the conversations and needs of African American customers to the forefront of culture and beauty.

Esi Eggleston Bracey, Unilever North America evp and COO of beauty and personal care, told Glossy, “Rich has been and will continue to be the driving force behind the Sundial Social Mission, Community Impact and the Community Commerce business model that powers this work. This is his passion, and I look forward to him driving even more impact in his chairman role.”

Despite conglomerates stressing the importance of founders’ stories upon acquiring a young brand, other founders have also left recently including Michael Cammarata, co-founder and CEO of Schmidt’s Naturals, which is also owned by Unilever. Rumors are also swirling that Vicky Tsai, founder of Tatcha, will be leaving the company in the coming months — Tatcha was acquired by Unilever in June for $500 million — and Laura Lisowski Cox and Mia Saini Duchnowski will be exiting Oars + Alps, following the brand’s acquisition by SC Johnson in June for a reported $20 million. Tsai quickly refuted the claims.

“The thought has never even crossed my mind. Tatcha is my life’s work,” she said.

Oars + Alps and SC Johnson also said that is not in the pipeline.

“Part of the magic behind Oars + Alps is that we are a startup, and we think and act like one. My job is to keep that startup magic alive while still having all the support that SC Johnson can provide,” said Duchnowski.

One founder, who spoke off the record, credited the current founder exodus post-acquisition to structural changes and management changes within existing conglomerates’ four walls.

“Big organizations are in the middle of their transformations, but they still have silos. They are figuring out structural changes like offline and online with P&G, or their whole management teams are changing,” they said, indicating the latter was a domino effect since Paul Polman left Unilever as CEO in November 2018.

However, larger companies have considerable goals, namely scale. New Native CEO Vineet Kumar, who is presently director of P&G Asia Skin Care, told WWD that he wanted to make Native a $1 billion dollar business. While founders like Ali and Tsai could get their brands to $100 million in sales, can they create $500 million or $1 billion in sales?

Gone are the days when founders would stay on for the long term, like Bobbi Brown, who was at her namesake brand following its purchase by Estée Lauder Companies for 22 years.

She previously told Glossy, “You realize after a certain point, ‘Guess what? I’m not the boss anymore.’ For the first 18 to 20 years, I was the boss. I really did believe that I set the tone. I hired people, and all of a sudden, things changed. And when I realized, ‘I am not doing what I believe in,’ it was time for me to be the boss again. I’m an entrepreneur, I like to do things my way. And when you’re part of a big brand, you don’t always get that.”

Big companies have their own ways of doing things, of course, but dissociating from a founder can be problematic. Since Brown’s departure from her namesake brand, it has struggled to find its footing and has had to rely on a new swath of makeup artists and influencers to increase sales in North America. In October, the beauty brand expanded into Italy as the color market in U.S. has continued to soften.

It is unclear if Drunk Elephant’s Tiffany Masterson will take a step back, now that the company had been purchased by Shiseido Group. This was the case with François Nars from Nars and Laura Mercier from her namesake brand.

This is also a problem when private equity companies get involved. Celebrity makeup artist Carol Shaw of Lorac left her brand, due to opposing goals with Encore Consumer Capital. However, Markwins Beauty Brands is re-establishing its relationship with Shaw since its purchase knowing the brand’s value diminished since her exit.

Another departed founder said this was interesting, considering that big conglomerates iterate on the common paths to growth.

“They know how to build through more channels, more categories, more markets, but they don’t want to be so reliant on a face,” they said.

Then again, some founders do like the entrepreneurial aspect of starting a business, with the hope that new pastures will be greener.

This is true of Cammarata, who left Schmidt’s Naturals for cannabis company Neptune Wellness Solutions. In the first quarter of next year, Cammarata will debut Forest Remedies, a hemp lifestyle line that includes beauty, personal care, home care and pet care.

“I like to build brands,” he said. “I think there is a huge opportunity within cannabis, and I don’t know if I was going to have another chance to create a brand that could be truly innovative like this.”

Notably, Cammarata launched a hemp-derived deodorant with Schmidt’s in April before departing from the brand. When Cammarata sold to Unilever in December 2017, it was a pure play deodorant brand; today, it is a beauty, personal care and home line.

Since founding Bliss in 1993 and selling a majority stake to LVMH, Marcia Kilgore went on to create Soap & Glory before selling it to Boots Alliance and now is focused on her current project, Beauty Pie. Recently, Bliss has pivoted to a mass approach from masstige and separated its product side of the business from its spa business.

As for Bliss’ current state, Kilgore said, “I don’t want to see something struggling. I want a brand I created do well, especially for the people who work for that brand. But it’s not my responsibility, so I can’t look at it. I want to do things well, and I like to execute, so if I see something that’s not under my control, it would be difficult, so I don’t look.”

But that doesn’t indicate that founder brand acquisitions to conglomerates will slow.

“Oars + Alps was young when we felt like it was the right time to bring in a partner like SC Johnson — two-and-a-half years old. I was pregnant with my third child when we started the company, and I was pregnant with my fourth child when we sold it,” said Duchnowski. “Oars + Alps is like my toddler about to go to preschool, and I want to continue to be part it. I’m a necessary ingredient in the outcome of Oars + Alps’ success. We’ve got a really big product launch coming out this summer. I’m putting my blood, sweat and tears into it.”

Thus, negotiating a brand founder’s path and a brand’s path is ultimately up to the parties involved.

As Brown said, “My advice is always: Your story is different from everyone else’s, so figure out what you want — but know that when you sell the brand that it’s not going to be the same.”