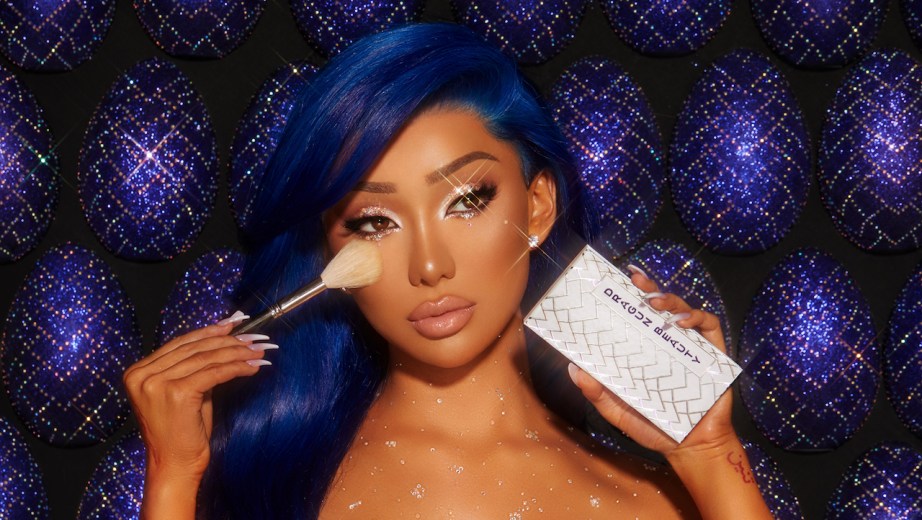 This week, we look at influencers’ brand strategies and Henkel’s acquisition of DevaCurl.

When Asian-American beauty influencer Nikita Dragun began exploring possible beauty and brand product ideas, the overarching concept she settled on was transformation. Being a trans woman, Dragun found that existing beauty brands had nothing that spoke to this audience, much less products for customers wanting to completely modify their appearances using makeup. Hence, the launch of her cosmetics company Dragun Beauty in March.

“I learned from ‘Showgirls,’ drag queens and amazing performers how to utilize makeup to transform yourself into whatever fantasy you wanted to be. It meant using the cheapest products and the craziest tools, which I essentially used to catfish people in my videos,” she said. “In the beauty market today, there wasn’t something that catered to trans women that was more than just checking off a box. I wanted to do something that wasn’t some Pride or bullshit inclusivity marketing campaign.”

Dragun is part of a new wave of beauty influencers rethinking what it means to launch a product and subsequently a brand. Jackie Aina’s path to her recent collaboration with Anastasia Beverly Hills followed a similar mantra — create an eyeshadow palette specifically for darker skin tones. Call it the influencer approach to the Fenty Beauty solve.

“Before, every digital creator wanted to be mainstream, but now the weird kid has become the cool kid,” said Dragun. “It’s not just that there are so many products and so many brands in beauty, but it’s that the ones out there are a snoozefest.”

Though an influencer-led beauty brand is not new — think Huda Beauty — they might be more important than ever. Much like the celebrity brands of the moment, influencers have the appeal and built-in audiences to turn fans into customers — and they may have the best chance of offsetting the slowdown in the color cosmetics market. An easy marker of this is the recent chaos that resulted from Jeffree Star and Shane Dawson’s collaboration, which caused Shopify to shut down. According to the latest Launchmetrics data, since teasing the collection on Sept. 24, the twosome generated $54 million in media impact value [MIV, a measurement of the impact of placements and mentions across different voices in the industry].

While launching an all-encompassing brand with an overwrought number of items could be tempting for an influencer, proceeding as such would illustrate the old way of doing things. Instead, many are being more thoughtful with their launches. This has to do with establishing a baseline relationship with customers and, of course, cost.

“We all have our unique take on beauty, and I’ve found that consumers are gravitating toward creators because they feel connected to that personality. They’re coming to our pages for content, but then they want more,” said beauty and fashion influencer Desi Perkins.

In December 2018, Perkins debuted a brow collection with Benefit, which sold out in less than 24 hours. After sharing in a beauty tutorial that she was embarrassed about only having half an eyebrow, Benefit saw her as a natural fit for the company. Perkins has yet to launch her own standalone collection within beauty or fashion, but is exploring it.

The same is true of Karen Gonzalez, best known on social media as iluvsarahii. A self-proclaimed skin-care junkie, Gonzalez wants to take a slower approach to a brand endeavor to create products that speak to her expertise.

“If you want to start a brand today, you need to start out small, and that’s especially true with skin care,” said Gonzalez. “You have to start with one product and get authority from that to build on something bigger.”

For Dragun’s part, she said she was getting collaboration offers from all the major beauty brands, but was only presented with a small percentage of product sales. Thus, she wanted to get smarter about her business opportunities. Because Dragun Beauty is self-funded, it launched with just a handful of products in March: a customizable color corrector and a face powder that was packaged in a purple crystal egg. The brand followed that up in September with a full face palette.

Both were DTC launches, available through DragunBeauty.com and via Instagram’s Shop experiment. Both phases of product sold out upon their respective debuts, and for the March release, Dragun generated over 300 million unpaid influencer impressions on Instagram. Based on these reactions, Dragun Beauty more than doubled the number of units and set up pre-order to better anticipate customer demand when she restocked the face palette in November. The company declined to share year-to-date sales figures.

“Creators are understanding their power. After years of doing brand partnerships and reviewing countless products, they want to go direct to their consumers and utilize those existing relationships,” said Besidone Amoruwa, who leads strategic partnerships for digital native and emerging beauty creators at Instagram. “It’s a bigger business opportunity, and they have complete control of their brand.”

This is also a big opportunity for Instagram, as well. The company would not share sales since debuting Shop, but said that 130 million people tap to reveal product tags in shopping posts every month.

Though Instagram hopes to be the retailer of the future with Shop, it has led to even bigger partnership offers for influencers-turned-founders. Dragun became the first influencer who was offered the opportunity to extend a storefront pop-up experience at the Beverly Center to a month-long stay for all October. Moreover, she has been approached by the biggest beauty retailers — Sephora and Ulta — and is evaluating which partner is right for a potential IRL presence.

The fact that these influencers can be seen as Insta-marketing, product and event opportunities rolled into one for retailers is also something that heritage beauty brands should keep their eye on.

“Early on in my career, I was much more willing to say yes to a deal, and now I realize I don’t have to,” said Perkins. “I don’t want to lose my integrity with my audience, because that’s more important than any deal I could get.” — Priya Rao, executive editor

What does Henkel’s acquisition of DevaCurl mean?
On Tuesday, German chemical and CPG company Henkel announced its purchase of curly hair brand DevaCurl from Ares Management. The deal — terms were not disclosed — is intended to amplify Henkel’s beauty care business, which includes Alterna, Sexy Hair and Dial, and to gain a foothold in the textured hair market. For its part, DevaCurl will stay headquartered in New York and will operate as its own entity.

“Henkel understood that, especially in curly hair, you need authenticity and a connection to the community. It’s not something you can copy or create with a sub-line. The future of hair care is texture, and there is only one category leader,” said DevaCurl CEO Robert Schaeffler.

Still, some of Henkel’s existing brands are much sleepier than DevaCurl and have been slow to adopt a DTC-forward selling or social playbook. Schaeffler was appointed CEO at DevaCurl in December 2018 (interestingly, he was the former general manager of Henkel Professional North America), and the brand has been on a tear the last year by underscoring DevaCurl’s presence at experiential events and broadening its outreach via Brazil.

Henkel, which is in more than 120 countries, will be especially useful for an even bigger international expansion. With the new deal, DevaCurl will ramp up its presence throughout Europe in 2020.

“They see us as a modern and premium answer to hair care, and have seen how we were a professional brand that grew into specialty channels and our own DTC site. We’ve been successful in all channels and that’s fascinating to them,” said Schaeffler. “It’s not about being acquired and then being inserted into the machine; it’s about letting us keep the entrepreneurialism that got us here.” — Priya Rao