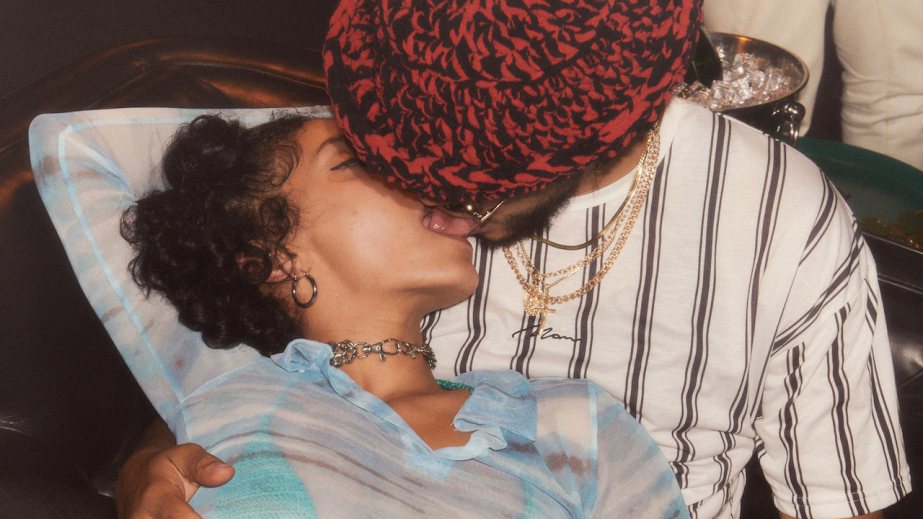 The scene in a new video coming out on Wednesday is a crowded, dimly lit, underground party where scantily clad revelers engage in close contact on the dance floor with copious amounts of tongue. No, it’s not an episode of “Euphoria” — it’s a hand sanitizer commercial.

On August 4, trendy hand sanitizer brand Touchland is set to reveal its first ad campaign, evoking a risqué style that has long been a favorite of fashion and fragrance brands like Tom Ford and American Apparel. In the campaign, hip 20-somethings at a wild gathering make sure to sanitize their hands before heading to makeout sessions with strangers. The campaign is the latest in the “raunchy new normal” genre that took off earlier this year as vaccinations had appeared to show a light at the end of the tunnel for the pandemic. But this “Hot Girl Summer” attitude now seems to be slipping further away in the U.S. as the Delta variant causes virus cases to skyrocket.

“We played it very safe before. We were very clean,” said Andrea Lisbona, founder and CEO of Touchland. The provocative new campaign is “meant to evoke an underground party in New York and feeling and touching,” she said. It was created in partnership with former Thinx head of brand Veronica Del Rosario, who is known for envelope-pushing branding.

With the catchphrase “touch like in the before,” the ad taps into the tongue-heavy post-pandemic makeout fantasy trope that has also appeared in ads for brands ranging from Suitsupply to Extra gum over the course of the pandemic. But rapid changes in the trajectory of case numbers mean that hitting the right tone with campaigns that take months to plan is challenging.

“We want to enable people to live passionately, curiously and fearlessly, but not recklessly,” said Lisbona. Touchland’s sales skyrocketed during the pandemic, as people stocked up for utilitarian reasons. At the same time, corporate accounts ordering its sanitizer box expanded to include major franchises like Equinox, The Standard Hotels, Sweetgreen and WeWork. Overall, hand sanitizer sales grew by 600% in 2020, according to Nielsen. Touchland had even more dramatic growth at various points, seeing a 1,500% sales spike in the second quarter of last year. To date, the brand reports it has sold over 900 million doses of hand sanitizer, with one of its $9 Power Mists sold every 40 seconds.

But the utilitarian aspect driving the purchases also meant that “the mask [and] the hand sanitizer take us back to a moment of fear and anxiety,” which the brand is working to overcome with its new messaging.

The campaign coincides with Touchland’s new line of sanitizer scents, which were created with the help of fragrance house Givaudan, known for its work on sex-appeal fragrances like Tom Ford and KKW. The five scents being introduced to the lineup include Blue Sandalwood, Velvet Peach, Applelicious, Lemon Lime Spritz and Rainwater.

“With this introduction of new scents and this kind of sensorial world of fragrances, we wanted to take it to a deeper level. And that’s why this campaign made a lot of sense,” said Lisbona. “A lot of perfume brands also go into this risqué approach. The call for it is really to take it to another level where a hand sanitizer had not been before.”

The campaign will be promoted across Touchland’s social channels including Instagram, TikTok and Twitter, with paid advertising on Facebook, Google, YouTube and OOH platforms. Up until now, the brand has received over 1.1 million likes on TikTok and 10.9 million views on the #Touchland hashtag.

The question now is how to strike the right messaging, at a time when people are being told to put their masks back on — yet parties, music festivals and gatherings are still taking place. The new campaign launches after massive crowds reveled shoulder-to-shoulder at Lollapalooza over the weekend, for example.