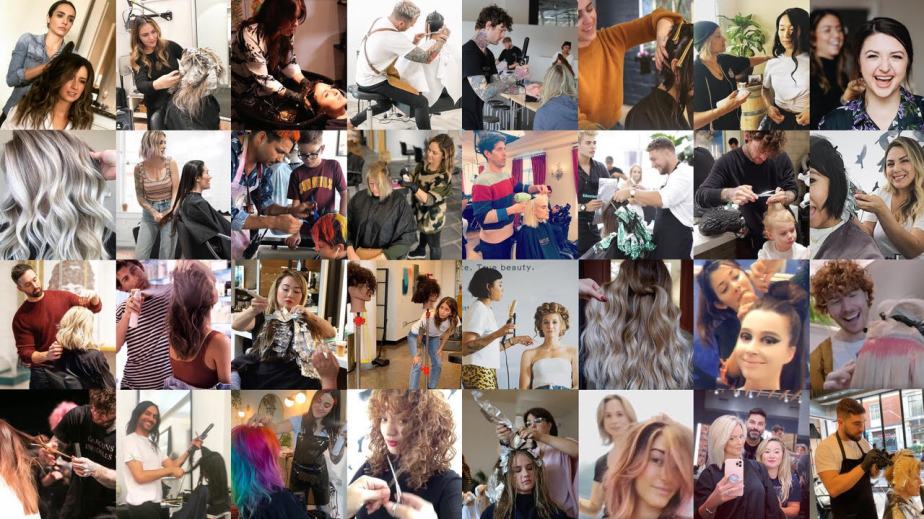 As GoFundMe campaigns for laid-off service workers multiply across the U.S., beauty companies also are becoming dependent on this lever.

Over 70,000 Covid-19-related fundraisers are currently found on GoFundMe, and many are for service industry and retail workers who have lost their jobs as businesses closed during the Covid-19 outbreak. Campaigns are especially prevalent for salon-based businesses and retailers. More than 83% of hair salons in the U.S. have closed, according to a survey by hairdresser community site Behindthechair.

Some of the fundraisers being organized are by businesses that have laid off employees, including Tenoverten, Sundays, Heyday and Glowbar. CAP Beauty, a clean beauty store and spa in New York City, announced in an Instagram post on March 19 that it was letting all its staff go when it closed due to the coronavirus shutdown. It asked followers to donate to its Venmo or Paypal, stating in the comments, “When we are back up and running, our team will all have their positions waiting for them.”

The vast majority of beauty service professionals are not being paid during the shutdowns. Behindthechair found that 85% of hairdressers surveyed said they are receiving no income during this time. Hair-care brand Madison Reed is one exception, announcing on Instagram that it would be paying workers at its 12 salons across the country while its doors are closed. Meanwhile, nail salons have been hit especially hard.

“In an industry where workers already struggle so much to make ends meet, the Covid-19 pandemic is a devastating blow. We are just beginning to see [the] repercussions,” said Luis Gomez, organizing director of the New York Nail Salon Workers Association. The 800-member association has launched its own Nail Salon Worker Resilience Fund, which is receiving donations through nonprofit fundraising software ActBlue. Funds like this are especially necessary for the many nail workers with an undocumented immigration status who will not be eligible for anything in the relief package just signed into law, according to a spokesperson for the association.

Other companies in the beauty industry have also stepped up with online fundraising campaigns to support salon workers. Beauty brands launching fundraisers include hair-care brand Virtue Lab and clean beauty brand Dome Beauty. In the PR space, Pape PR and Rell Communications have teamed up for their own GoFundMe for salon workers and estheticians, while beauty search engine app Mira Beauty has also created a relief fund for beauty professionals via PayPal.

“We’re really tied in to that professional network, and just know how much not having a paycheck is impacting them and their ability to pay rent, pay for food and support their families,” said Kathy Pape, the founder of Pape PR.

Campaigns vary in the amount of disbursement per beauty professional. The campaign being run by Pape PR and Rell Communications is asking for applications from beauty service workers, with plans to distribute amounts of either $500 or $1,000 to applicants. Mira will distribute $100 to those who reach out on social media.

“It’s not going to save the salon, but it may help put food on the table or it may help daily expenses,” said Melisse Shaban, the founder and CEO at Virtue Labs.

“Some people need immediate help,” said Benjamin Lord, the CMO of Mira Beauty. “Responses on social media have been absolutely insane. In two days, we received over 3,000 responses.”

Some salons, like Sundays, are also contributing money from gift card sales to laid-off employees. Pape said that the online fundraiser method is likely to be more successful. “Now that the salons are closed, how are you really going to buy a gift card?” According to her, a GoFundMe fundraiser “is just a better way to distribute money to them.”

At a time when the number of GoFundMe campaigns is skyrocketing across the country, raising the money for any individual cause is a challenge. None of the funds listed in this article have met their goal amount. As of the time of story filing, Tenoverten raised just over $27,000 of its $100,000 goal from 306 donors. Glowbar raised just over $8,000 of $25,000. Sundays raised just over $4,000 of $35,000.

Fundraiser organizers agree that the workers need more support than what can be provided through GoFundMe and other online fundraisers. A total of 72% of hairdressers said they could only sustain themselves for one month, according to Behindthechair. Additionally, 70% of them reported being employed as independent contractors. The Covid-19 relief bill recently signed into law allows independent contractors to receive unemployment benefits, but they will have to wait for weeks to receive their checks.

According to Shaban, these fundraisers should not be used “in lieu of the government stepping in and doing its job” for small businesses and independent contractors. In addition, she hopes that there will be a more organized response from beauty brands. “It would be much better if we collectively could raise money, because although it wouldn’t put a spotlight on any one of us, it would probably galvanize and raise more money.”