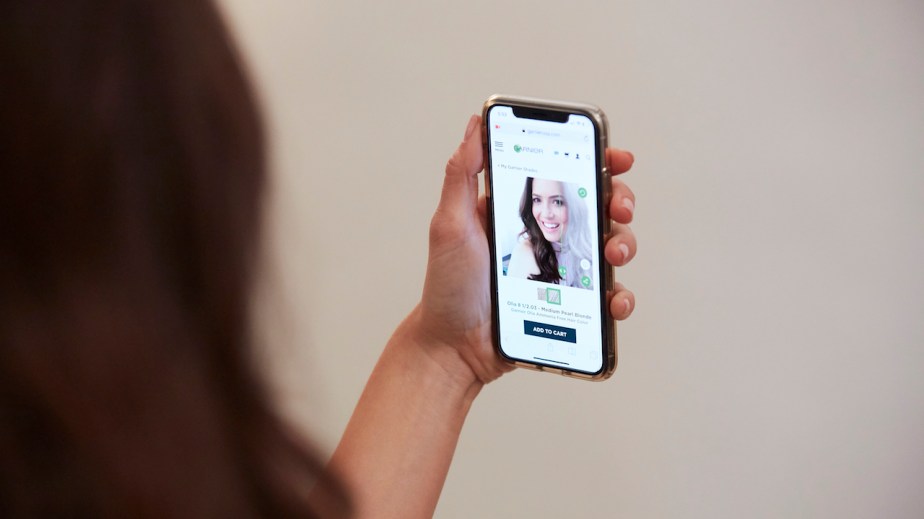 Garnier is rolling out hair-coloring personalization tools in Walmarts

L’Oréal-owned Garnier is bringing personalization to the in-store inexperience.

After testing a virtual shade-selector tool by ModiFace on GarnierUSA.com in late November, which allows customers to try on 132 shades within its sub-lines Garnier Nutrisse, Olia and Color Sensation, the brand is rolling out an in-store pilot of the technology with Walmart. This week, the digital hair tool will be available at 10 Walmart locations, including those in Pico Rivera, California; Houston, Texas; and Bentonville, Arkansas. In March, the shade-selector tool will also be available at five Wakefern stores and 12 Meijer doors, and by the end of 2019, it will be prominent at 37 locations across the three retailers.

“Some of the pain points we hear from customers, like how they have to mix the hair color and how it drips, are not as fixable, but we can aid in education and provide a solve,” said Patty Slattery, L’Oréal USA assistant vice president of training, education and testing for color production and design. “Customers want to know if a hair color is going to look right on them and if it’s right for their type of hair. Permanent hair color is not the same as getting the wrong lipstick, so we want to make finding the right shade as easy as possible.”

It’s been two months since Garnier launched the ModiFace-enabled technology on its site — the tool walks shoppers through a six-part quiz and then allows them to upload a photo or conduct a live try-on, and subsequently suggests anywhere from two to four shades from its three brands. In that time, more than 30 percent of consumers have completed the 60-second exercise, said Slattery. She segmented the typical Garnier customer as women 40 years old or older who dye solely at home and also those who supplement salon jobs with at-home hair color. Garnier would not share the conversion lift during the online pilot.

L’Oréal has been flexing its March 2018 acquisition of ModiFace considerably as of late. In August 2018, L’Oréal announced a long-term partnership between ModiFace and Facebook, which brings augmented reality technology to its makeup brands like NYX. And in November 2018, Modiface launched its Virtual Nail Salon app allowing customers to try on a bevy of nail shades not linked to brands.

For Garnier, its successful online test prompted the brand to launch the technology in stores, said Slattery. That the company selected Walmart, Wakefern and Meijer stores for the launch was to capture the mass market customer where she is. This is in line with Garnier’s prices: Color Sensation products retail for $4.99, Nutrisse products range from $7.99 to $8.99, and Olia products are $9.99.

Garnier has been a boon for L’Oréal in its consumer products division, which posted a nearly 3 percent increase in the fourth quarter. The brand helped drive companywide momentum, along with L’Oréal Paris and Maybelline New York.

In the Walmart pilot, store beauty advisers have been trained to walk customers through the quiz and try-on technology, and they are aided by fixed tablets in select locations. Additionally, shelf signs signal the Garnier product and tools. “We think the beauty advisers can help guide our woman through the process even further, providing live feedback and offering that second opinion,” said Slattery.

Though Garnier is focused on in-store signage and beauty advisers to spread the word about the virtual shade selector, it has slowly started testing a social strategy, as well. Last week, Garnier Brand Ambassador Mandy Moore socialed an in-feed Instagram post about the try-on tool and saw nearly 11,000 likes in seven days. The actress has 3.3 million followers.

As of now, the in-store pilot will last one year in select locations, and Slattery suggested the roll-out could extend depending on sales. “We know it’s important to bring this kind of try-on technology into stores, and once we see how these environments do with the virtual shade selector, we can offer more guidance and more of our expertise in more places,” she said.