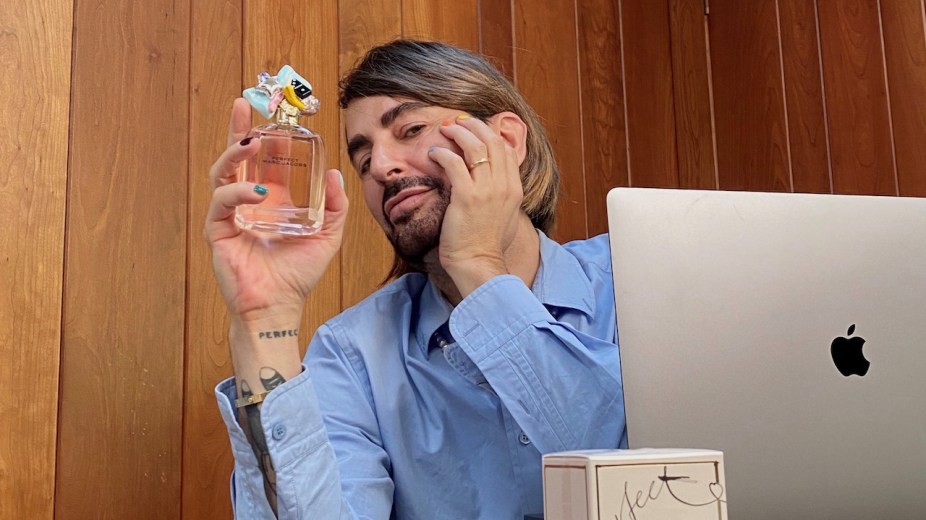 From Zoom to VR, beauty brands get creative with virtual launch parties

Attendees of the Marc Jacobs Fragrance launch party for its Perfect fragrance on August 26 could watch a musical performance, get their portrait drawn, have their photo taken by a fashion photographer and participate in an experimental art project — all from their couch.

With in-person events and promotions still paused due to the pandemic, beauty labels including Marc Jacobs Fragrance and Fenty Skin have been virtually reimagining the epic launch party. The Marc Jacobs party, for example, utilized Zoom to offer attendees a series of links to simultaneous meetings with interactive activities in each one. Fenty Skin, meanwhile, opted for a VR and livestreamed “house party” on July 29.

“While nothing can really replace the energy or the authentic connection felt during an in-person event, we recognize that the difficult situation [of the pandemic] brought a unique opportunity for us to connect with a much wider group of individuals, including people from all over the world,” said Andra Mielnicki, vp of global influencer marketing for luxury brands at Coty. Coty operates Marc Jacobs Fragrance’s license.

The first of its kind for Coty, the Marc Jacobs event kicked off with a performance by pop star Kim Petras, and featured talks by Marc Jacobs as well as models and influencers cast in the campaign. The portrait drawings by illustrator Jacky Blue were the most popular attraction. Forty people at a time lined up in the digital queue to have their portrait drawn live, chat with the artist and receive their portrait via email afterward.

“We wanted to make it personalized, so that people felt connected and it could be interactive and drive UGC,” said Mielnicki, who noted that many of the rooms allowed users to come away with socially shareable artwork.

In one Zoom meeting, users could receive a live “appearance rating” by performance art group The Bumbys, who wore their signature masked look and typed the message on a typewriter; attendees received a PDF of the typewritten message. In another room, guests could have their Zoom portrait captured by fashion photographer Hunter Abrams, who gave guidance on how to pose before snapping screenshots. There was also a DJed party room featuring drag star Shangela to enhance the vibe.

A DJed dance party was also featured at Fenty Skin’s VR experience, where attendees were able to click around a video game-style interface to enter different “rooms,” including a “bar” that generated custom cocktail recipes, a “spa” with product info and shopping links, and a “living room” that featured livestreams with Rihanna and celebrity guests including Lil Nas X. The hashtag #FentySkinLaunchParty became a trending topic on Twitter thanks to the hype.

Prior to the pandemic, brands had become increasingly invested in physical promotions including elaborate pop-ups. Marc Jacobs Fragrance, for example, had done promotions in the past at Santa Monica Pier and Bryant Park.

“We’ve always focused on immersive activations,” said Mielnicki. The virtual event is “actually translating what we’ve been doing in person to online, and we were able to reach so many more people with that, which was really great.”

The fragrance launch has seen the most social media traction on TikTok, where the #PerfectAsIAm challenge earned 3.7 billion views after being promoted by top influencers including Rickey Thompson, Avani Gregg, Emma Chamberlain and Sofia Wylie. Coty declined to share the event’s cost and attendance.

Mielnicki said to pull off the logistically complicated activation, the brand worked closely with Zoom and followed strict safety measures to avoid Zoombombing. The event was just the beginning of virtual events for Coty.

“We’re definitely exploring some other platforms and other brands will come soon,” said Mielnicki. “Virtual events and platforms are still in their infancy, and I think that there’s a lot of learnings and we’re going to start to see a lot of growth in that space.”