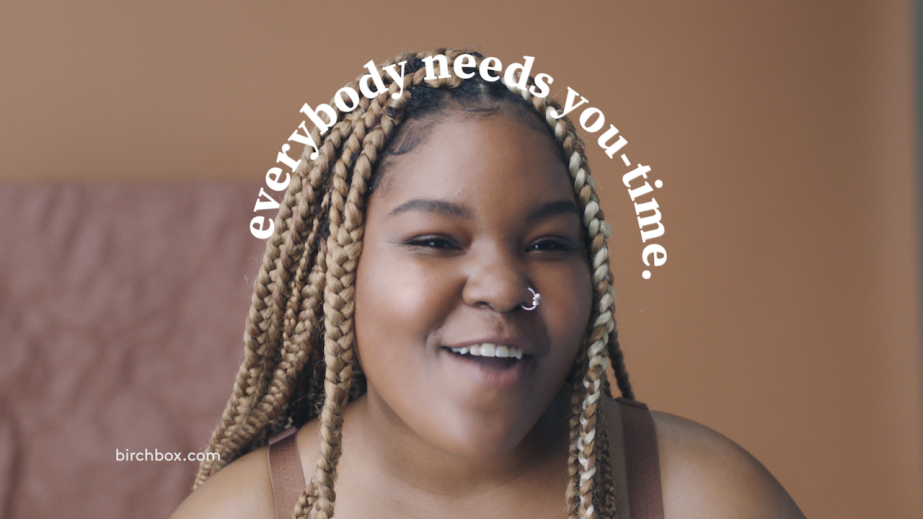 Facing challenges from Sephora and Ulta, Birchbox goes after the everyday beauty shopper in latest campaign

Birchbox is differentiating in the crowded beauty landscape by doubling down on the casual beauty customer.

On June 11, the 9-year-old company, which is best known for its beauty subscription boxes, announced a new campaign it’s calling “You.” The digital, social, television and event marketing blitz that will run through the end of the year emphasizes Birchbox’s offering as a “a monthly box of you time,” with an emphasis on self-care, said Birchbox co-founder and CEO Katia Beauchamp.

“We are really focused on a different consumer within beauty. She’s the everyday consumer who is not obsessed with beauty, and we have been looking for a way to talk to her and her values, without being negative and saying, ‘This is what you are not,’ as if that is a negative thing. Beauty is not the meaning of life for this woman,” said Beauchamp. According to Birchbox, 70% of its 1 million global subscribers and 2.5 million active customers identify as this less active and non-expert beauty shopper. Beauchamp said, on average, the Birchbox customer is 32 years old.

Birchbox is hoping its latest campaign works to differentiate itself within the crowded beauty landscape. For example, Sephora and Ulta Beauty are both going after a trendier beauty shopper, as evidenced with their exclusives with celebrities like Rihanna for Fenty Beauty for the former and Kylie Jenner of Kylie Cosmetics for the latter. “That customer is very well-served, because that’s where the industry is leaning toward,” said Beauchamp. “That is not our place.” While subscription box fashion companies like Stitch Fix use their stylists and their recommendations to help non-experts in the fashion arena, many beauty boxes, like Ipsy, have skewed their assortments and events to the beauty junkie.

In a June survey Birchbox conducted with strategic consulting agency Kelton Global, 72% of of 1,070 participants said they consider beauty and grooming as part of self-care. Sixty-seven percent said their beauty or grooming routine is typically carried out while multitasking; they’re often doing something else at the same time. As a result, the company aimed to align itself with this shopper and speak to her accordingly, said Birchbox chief customer officer Amanda Tolleson.

In Birchbox’s June boxes, this positioning is front and center. The company created custom pamphlets for each box that states on the front cover, “This is not a beauty box.” Inside, it delves into the company’s intent to distinguish itself from other beauty retailers. Six video assets will be promoted on Birchbox.com and on its social channels (the brand has over 2.6 million followers on Facebook and 605,000 followers on Instagram). One features Birchbox’s revamped self-care- and wellness-focused manifesto, stating that Birchboxes are no longer considered beauty moments, and five are “Love Letters” featuring Beauchamp and Birchbox customers discussing their relationship to beauty and the company. All videos end with the tagline, “A monthly box of you time.”

Birchbox is using more traditional marketing tactics, as well, as the cost of digital customer acquisition continues to increase. Select television networks, like E!, Lifetime, HGTV, FX, Viceland, Logo, The Food Network and Hulu, will run commercialized versions of the manifesto and “Love Letters” videos beginning in mid-June. Birchbox will also host a series of pop-up events beginning in September (outside of its strategic partnership with Walgreens that was announced in October 2018) that use the campaign imagery. Birchbox would not detail its investment in its “You” campaign, only stating it was significant.

According to the company, 65% of Birchbox’s revenue still comes from subscriptions, which remains a key focus, while its e-commerce shop and in-store sales (it has one Paris flagship and sells in six Walgreens stores) account for 35%. This summer, Birchbox will open six more Walgreens shop-in-shops in Ann Arbor, Michigan; Knoxville, Tennessee; Deerfield, Illinois; and three locations in California.

Though Birchbox sells a designated selection of products under its Lifestyle & Wellness offering, which includes Hum Nutrition supplements, This Works’ Deep Sleep Pillow Spray and S’well water bottles, a ramped-up focus on self-care and wellness product is not the focus for its latest initiative, despite the category’s popularity.

“There is no pivot in product; this is about creating a lens to speak to our customer,” said Beauchamp. “The self-care conversation is a big one, and what we can own are the pieces of it that speak to someone’s busy lifestyle, and their enjoyment of beauty and self-care without guilt. It is common in beauty to build user experiences based on the hyper-user, and we think there is a big space for an alternative approach to the perspective of the beauty junkie — that’s who our hyper-user is.”