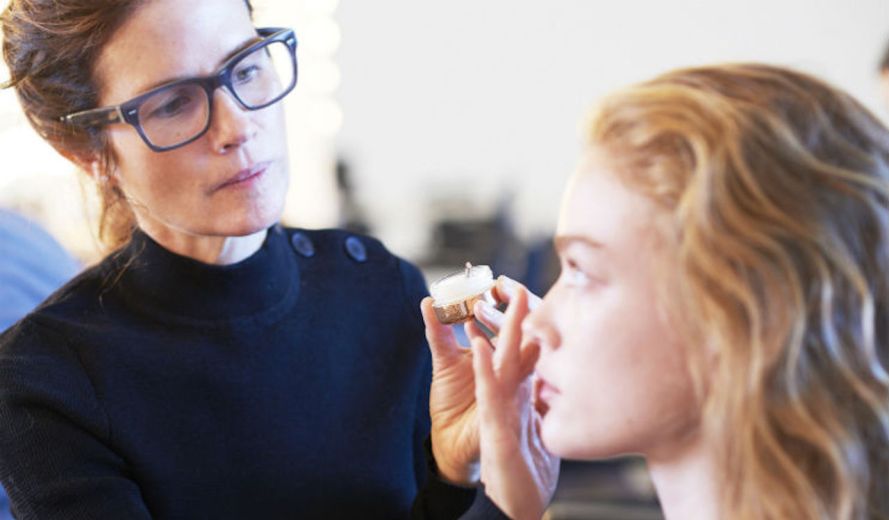 When Maybelline became the official beauty sponsor of New York Fashion Week in 2009, the point was to align itself with the concept of fashion with a capital F, made up of an exclusive group of designers, industry insiders, editors and metro-city tastemakers.

“Maybelline New York has always had our equity in New York and, back then, we wanted to show that link to fashion and build our authority as a makeup expert for designers and makeup artists,” said Amy Whang, Maybelline U.S. svp. But clearly times have changed in the last decade, which Whang acknowledged: “There has been a shift in that it used to be a fashion industry event. We still want to be there to support designers and the makeup artist community, but we’ve had to work hard to make it more of a 360-degree event for all customers.”

Though backstage beauty at fashion month’s slew of shows may have always been perceived as an understudy role versus the collections seen on the runway, Maybelline has evolved its approach to make its presence at NYFW especially relevant to the end customer. Knowing that that consumer is likely not in New York in February or September, the brand debuted a fashion week-related page on Amazon in 2018 to tie shoppers back to new product, and it also aired backstage makeup videos on Tmall. This season, it is highlighting more natural makeup looks backstage using a new boy brow product and highlighter in response to the downturn in color cosmetics; the products will go on sale in January. In seasons past, it has teased its sold-out Lemonade Craze palette and its Puma makeup line.

Other beauty brands, both big and small, are also evaluating their approach as the power of fashion week’s seasonal shows have changed.

Gucci Westman, founder of Westman Atelier, will not be launching new product tied to New York Fashion Week or any of the global shows in London, Milan and Paris; in New York, she is leading makeup teams backstage at Khaite and Brock Collection. “When I started doing shows, fashion week was a very private event and makeup artists were seen as creating these secret looks and potions that only very few could see first,” said Westman. “MAC was at the forefront of sponsorships, and they facilitated collaborations between makeup artists and designers back in the day, and then it was Maybelline. Today, makeup brands don’t get the return they saw in the past, and they’ve pared back a lot and put their dollars in other places, like influencers or experiences.” Prior to launching her own brand in 2018, Westman served as global artistic director at Revlon between 2008 and 2015.

According to Tribe Dymanics, the only New York Fashion Week-related activations that resonated from an earned media standpoint during February shows were those promoted by hair brand Tresemmé. Tresemmé saw $3.4 million in EMV due to influencer partnerships. This accounted for 49% of the brand’s monthly EMV total.

Rather than seeing fashion month as a product or even an influencer play, Westman is squarely focused on using it to create content. “We see as it as a way to now include people in the conversation of shows,” she said. (One-year-old Westman Atelier launched its YouTube channel in June.) Still, Westman admitted there is only a certain amount of “newness” one can generate backstage. “You have to think about it in new ways so that it’s not repetitive, because everyone else is also thinking about this,” she said. “There is a lot of value working with big brands like Tom Ford and Chanel, because the spotlight will always be on them, but as an emerging brand myself, I have to find ways to think outside of the box.”

Nikki DeRoest — a makeup artist who launched her direct-to-consumer color brand, Róen Beauty, in March 2019 — has been doing backstage beauty since 2013. But this season, she also will not be showcasing any new product directly tied to fashion month. “I tease or share products all the time on my social media, but because we are still in the growth phase of the business, we are not quite on a schedule that leads to a strategy specifically around these events,” she said. “When the product is ready, we make our own splash on our own time.”

DeRoest acknowledged that her DTC site does see a spike in traffic and sales after working with her celebrity clientele, like Rosie Huntington-Whiteley, for events and parties, so fashion week should be no different. But backstage beauty is no longer thought of as the art form it was, she said. “People used to get so excited about NYFW, and now I feel like it is slowly dying: Less people are showing, less people are going,” said DeRoest. “I am sure it has to do a lot with how beauty brands are marketing now, putting much more of their budgets into other activations.”

Because of the sales expectations of fashion week activations and beauty products, makeup artists’ “artistic freedom” has largely been lost, said DeRoest. “I feel like one of the only artists that has really kept creativity alive backstage is Pat McGrath. All of her shows have a non-commercial approach and explore fantasy, mystery and avant-garde elements,” she said. However, McGrath was able to parlay that unconventional mystery into sold-out drop collections and funding.

New York Fashion Week’s truncated schedule of just six days also mandates that beauty brands get creative. “Less days means less opportunity for designers to show, so we look for other ways to support emerging designers that either show off-schedule or at other moments throughout the year,” said Constantin Sklavenitis, MAC Cosmetics North America svp and gm.

MAC is working with 19 brands for NYFW (65-plus across fashion month). To drive its “runway to real way” point, Sklavenitis said it will livestream the Eckhaus Latta and Rag & Bone shows at its Soho store, and customers who want to try the makeup looks of those shows can do so with artist support immediately after seeing them. Maybelline, too, is not just focused on large-scale activations. It created makeup looks for Cushnie’s lookbook this season, versus its historical show, and it is focused on banking on emerging designers like Cong Tri.

“We have to be able to democratize beauty trends and products,” said Whang. “It’s not so didactic, as we used to say, ‘From the runway to the sidewalk or from backstage to real life.’ We have to make something that we see as up-and-coming easily accessible for customers immediately.”

And though the concept of good skin continues to trend upward and consumers are back to a no-makeup makeup look, even skin-care brands aren’t sure what level they should bank on fashion month. Tata Harper, founder and CEO of her namesake brand, has dropped its backstage participation from four shows at its peak in 2015 to two this season: mainstay Stella McCartney and Khaite.

“When we began participating in fashion month, good skin began to matter, but we have wanted to narrow that the last two years,” said Harper. “It’s never going to be the biggest thing we do. It’s a fun activation that brings awareness and is a networking opportunity, but fashion month is not a place where we spend a lot of dollars. Skin care is a private affair for our customers, and no one knows how many layers you are wearing to get that skin.”

As for what does move the needle, Harper said,  “Our marketing dollars are spent on things with a wider appeal. We are doing a huge shop-in-shop at Le Bon Marché in Paris this month. We have to make decisions that make a real impact on our business.”