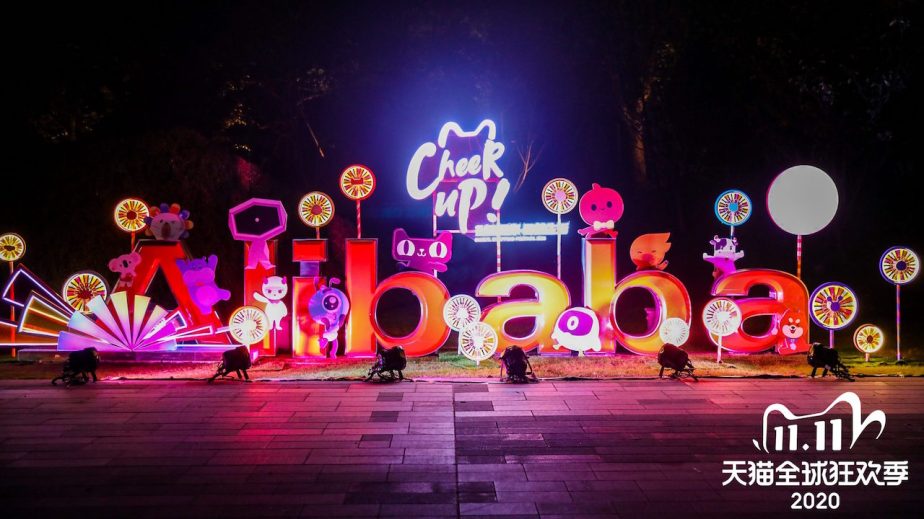 As China continues on its path of economic recovery from the pandemic, smaller U.S. beauty brands are turning to Alibaba’s cross-border e-commerce to reach a Chinese audience.

Alibaba’s 11.11 online shopping extravaganza ended with a total GMV of $74.1 billion for the time period of November 1 to 11. The time period reported marked a departure from previous years, when Alibaba would report sales for the 24 hours of November 11 — last year generated $38.4 billion. Imported brands played a big role, with the United States serving as the top country selling to China on Tmall, despite the ongoing trade war. The sales GMV of U.S. brands was valued at $5.4 billion over the time period. While the Tmall domestic platform was dominated by top global conglomerates in the beauty category, smaller independent brands found an opportunity on Tmall’s cross-border platform Tmall Global.

“China’s coming back. There is definitely an appetite for our brand,” said Ian Ginsberg, the president of C.O. Bigelow Apothecaries. The New York-based brand began selling on Tmall Global for the first time for the 11.11 festival, after winning a pitch competition organized by Tmall for smaller brands. “For me, it was a no brainer” to join, he said, noting that there is “no doubt” that the pandemic “accelerated our want to be there.” Others in the pitch fest included Pipette, Lab to Beauty and CBD brand Uncle Buds.

As global beauty giants Esteé Lauder, Lancôme and L’Oréal Paris dominated Tmall’s domestic platform for the sales period — each generating RMB100 million, or $14.9 million in GMV — smaller brands have been turning to Tmall Global in order to avoid the large costs and animal testing requirements needed to sell domestically. Brands launching on Tmall Global in recent years have included cult labels like Tatcha, Fenty Beauty, Drunk Elephant, Charlotte Tilbury and Huda Beauty. Drunk Elephant is among the brands that launched with the help of agency SuperOrdinary, which has also recently helped brands including Supergoop, Olaplex and Sunnies Face.

Tmall Global customers are especially interested in discovering trendy new foreign brands, according to Tony Shan, the head of Tmall Global for the Americas. He said that Tmall Global shoppers are “generally younger” than the overall domestic Tmall audience, with 50% of them hailing from Gen Z.

“These consumers are more in tune with local cultures,” he said, adding they “travel more and are more tech savvy,” with “access to Western media or social media.” As a result, “they know more about these international and global brands,” and “have potentially jumped the firewall and gone to Instagram to see what’s going on there, with the various influencers and what brands they’re talking about.”

Clean beauty and CBD are among the beauty trends currently generating buzz in China, said Shan.

“Clean beauty has been a very hot trend, especially this year, with the pandemic,” he said. “[Chinese] consumers and more health conscious; they want to know what they’re putting on their bodies or ingesting.” He also noted that the CBD craze that has swept the U.S. is finding its way to China. CBD “is much newer in China. But it’s also gaining a lot of interest, in terms of that ingredient and the efficacy of these products,” he said.

Tmall Global is an entryway to China for socially conscious indie brands that do not support animal testing, which is required for all brands selling domestically in China. Ginsberg noted that C.O. Bigelow would not consider entering China domestically until the animal testing requirement was removed.

“Specifically for beauty brands, the biggest factor has always been animal testing,” said Shan. “For a lot of Western brands, cruelty-free is very, very important to these brands’ philosophy and DNA.”

But another big reason that smaller brands are signing onto the cross-border platform is to gain access to the market without the high costs of selling domestically. Brands that want to sell on Tmall generally have to hire outside companies to help them with the logistics and promotions. “There has to be huge effort behind it,” said Ginsberg, who noted that “you can’t just throw your stuff on a marketplace and keep your fingers crossed and hope people buy it.”