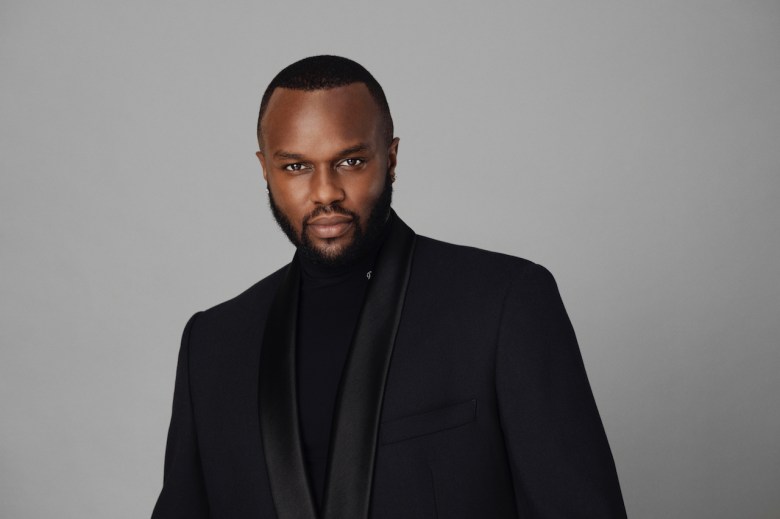 One of the most sought-after celebrity hairstylists in the business, Jawara Wauchope joined Fekkai on Thursday as its new international stylist partner.

Known widely simply as Jawara, the hairstylist for the recent Pyer Moss couture fashion show is a favorite of  Virgil Abloh and a roster of A-list celebrities. His work can be seen from the Met Gala red carpet to Vogue covers, as well as in i-D Magazine, where he is the senior beauty editor-at-large. He has worked with celebrities including Beyoncé, Cardi B, Solange, FKA Twigs, Megan Thee Stallion, Naomi Campbell, Alicia Keys and Bella Hadid, to name a few. The new partnership with Fekkai, which began on Thursday, will include salon education and creative work, and Jawara will also be using Fekkai products at fashion shows in the future.

Jawara described the new collaboration as “a full-circle moment” for him. “To go back before I met [founder] Frédéric [Fekkai], I was always a huge fan of the Fekkai brand and the Fekkai Salon,” he said. “I just thought it was the chicest place ever.” When he attended the Aveda Cosmetology Institute in Soho early in his career, he and his friends would walk around Soho talking about which salons they wanted to work at. “I would always say, ‘I’m going to end up working at the Fekkai Salon.’”

“He is one of the top stylists right now,” said Frédéric Fekkai. He felt Jawara’s creations reflected work “with a signature, with a touch — [which] reflects what I believe beauty is about. [It’s about] looking elegant, effortless. And to me, that was music to my ears.” Of the recent groundbreaking Pyer Moss show, Fekkai said, “It’s no longer hair; it’s modern art.”

Jawara collaborated with Kerby Jean-Raymond for the hair concept at the Pyer Moss fashion show on July 12. This marked the first time a Black designer was invited by France’s Chambre Syndicale to show a collection for Paris Couture Week; the event took place at and was live-streamed from the C.J. Walker estate.

“When it comes to hair, we didn’t want to be literal,” said Jawara. Jean-Raymond “was telling me about how his sister would do her hair in the ’90s and how she would do all this baby hair, buns, stuff like that. [The concept] felt really organic, to the point where it was nostalgic, but also a new movement of what couture is.”

Jawara’s creative process is multi-step, when coming up with his creations. “I like to feel people’s energy. I don’t like to make a board or suggestions for people, unless I actually know what their vibe is,” he said. He takes inspiration from “literally everywhere,” including travel, old movies, Broadway plays, music videos, museums, old magazines, art and architecture. “My process is a bit wider, as opposed to just actually [focusing on] hair. It’s about bringing lifestyle and culture into hair.”

For the salon education aspect of the partnership, Jawara said he will be “showing people how to use products on textured hair, in ways that they never really knew or ways that they did know but needed a little help.” According to Fekkai, the training will include video and audio presentations showing not just hairstyle examples, but also references to fashion, art and film. They will also include demonstrations by Jawara and Fekkai.

This relationship comes at a time when hairstylists have been advocating for standardized education on textured hair in the beauty industry. Often, it isn’t taught. As a cosmetology student, Jawara experienced this firsthand.

“When I was in school learning about hair, I got up and taught the class about textured hair because there was no textured hair module in our book, which I thought was crazy,” he said. ​​”I’m going to make sure that, with this partnership, I can inform as many people as I possibly can.”

The exact details of the creative aspect of the partnership are still being worked out, said Fekkai and Jawara. They will likely include overseeing photoshoots and social content for the hair-care brand.

While Fekkai’s rise in the industry predates social media, he said the brand is investing in its social presence on Instagram and TikTok, with plans to experiment more with short videos and livestream shopping. It also plans to launch on video shopping apps including Flip Fit and Supergreat.