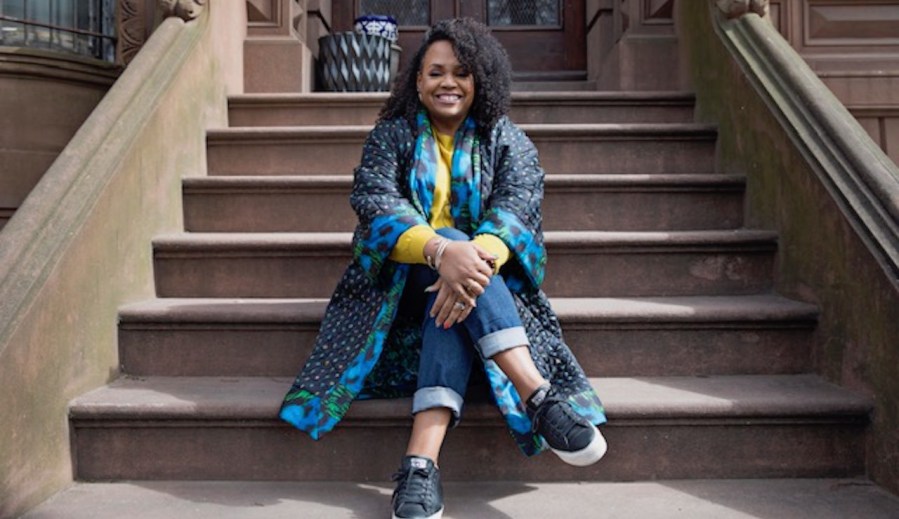 Lisa Price, founder of Carol’s Daughter, joined Glossy for an Instagram Live on Friday to share her experience as a beauty entrepreneur and Black woman in America. During the conversation, she how her perspective has evolved since the public killing of George Floyd and subsequent national protests, what it was like founding a beauty brand and selling it, and what needs to change to better amplify Black voices and Black-owned brands. Below are highlights from the conversation, which can be viewed in full on Glossy’s Instagram Stories.

On the significance of George Floyd and the current cultural moment
“I didn’t think anything could supersede the stress and the anxiety that the pandemic was bringing, and then this happened. I remember actually that I had the feeling that we have every time someone is a victim of police brutality like, ‘Oh great, we get to do this again.’ ‘I have to write a post again.’ ‘I have to do another hashtag again.’ It’s aggregating and it’s frustrating and you get so tired of it, but layered in this was the pulling back of the veil. What we as African American people have been saying that has been happening forever, now it seems that everyone else knows that it is too. There was stress in having the veil pulled back simultaneous with relief; they were side by side.”

On the need for corporations to speak up
“I am part of L’Oréal and have been since 2014 [when Carol’s Daughter was acquired by L’Oréal USA]. I don’t think that’s is possible for you to go through what is being gone through now and not make a statement, even if you don’t know exactly what you are saying or how you are saying it, but you’re figuring it out as you go along. You have to say something, because if you don’t, then you seem that you are completely uncaring and unfeeling, and I don’t think the majority of companies feel that way. I don’t think they are looking at their staff and their consumer and just saying flat out, ‘I don’t care.’ Do they always across the board, every single company, and make the correct comment at the correct moment? No. People make mistakes. But I think everybody was obligated to say something. There’s an old saying: ‘The proof in the pudding is in it’s tasting.’ So we have to make the pudding and give everybody a taste. It’s not just the posts that went up last week; it’s what happens long-term, what changes you make, what do you do differently, what do you say to your employees, how do you change your practices? #OscarsSoWhite happened and the Oscars looked at the process and changed the demographics of who votes. Is it perfect? No, but it caused them to examine themselves and their process, and other companies as well. I think it’s more of the long-term question, and we have to hold [companies] accountable, as well.”

Leading in this moment
“Last week was pretty tough because people have been making distinctions between ‘These are the hair-care companies that are Black-owned’ and ‘These are the hair companies that you maybe thought were Black-owned, but aren’t,’ and it’s being framed up as the good versus the bad. There is also a tone in which the list is being posted that suggests that those of us who are no longer Black-owned, even though we were Black-founded and in some cases are still Black-led — because I’m still involved, I have meetings all the time, I’m still on the payroll. There’s this feeling that we’re somehow trying to pull a wool over people’s eyes, and we are not. I disclosed when I sold the company to L’Oréal. I disclosed when I had investors in the company and who those investors were. I have never hidden it. It’s not a secret, and to me, it’s a little bit awkward. While I understand the passion behind wanting to hold companies accountable, demanding shelf space, demanding representation within a company … I don’t like the vitriol being thrown at brands — for them, for their company, for their family, for their economic structure, for whatever it, was and it was their story why they chose to sell, myself included. There’s a brand Mane’s Choice that’s on the list. Their founder Courtney [Adeleye] is highly involved in the company and is still the person she was before she sold, after she sold. Rich Dennis is the founder of Shea Moisture. Rich went on to purchase Essence, and is the creative mind behind the New Ventures Fund that supports businesses for women of color. So even though we have had exit strategies with our companies, we have not left our companies, we have not left our communities and we have not left our consumer.”