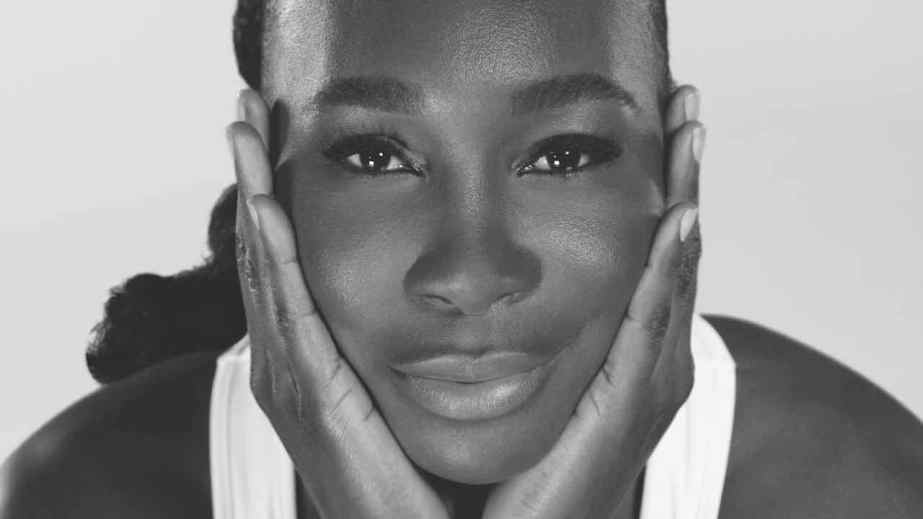 Progress toward inclusivity has been slow for clean sunscreen, but Venus Williams has teamed up with The Sunscreen Company and Credo Beauty to offer a new inclusive option that could help lower the “sunscreen gap.”

Williams’ sunscreen line, made in a partnership between her activewear brand EleVen and The Sunscreen Company, launched at Credo Beauty on May 21. It promises not to leave a visible residue, a long-standing issue for women of color when shopping for sunscreens. The sunscreen and sun serum products use 25% zinc oxide, a preferred clean beauty ingredient.

The sunscreen industry has been notorious for a lack of skin tone inclusivity, a fact pointed out in videos by beauty influencers like Jackie Aina and editorial sites like NaturallyCurly in which sunscreens are shown to create an “ashy” look on darker skin tones. As other categories like foundation have seen a push for more diversity in recent years, brands including Unsun Cosmetics, which also sells at Credo Beauty, and Shea Moisture have also introduced sunscreens that work for all skin tones.

“Over the years, I’ve found that many natural sunscreens leave a white cast, so for myself and Credo, it was a priority for this product to not only protect, but to be lightweight, adaptable and work for every skin tone,” said Venus Williams in an emailed statement. “No one wants a sunscreen that leaves behind white residue.”

This unavailability of products has been one factor leading to a gap in sunscreen consumption for women of color. A recent InStyle survey of 1,800 women found that “Black women were the least likely to use SPF products.” This has been compounded by a lack of attention from the medical community on the effects of sun damage on darker skin, as people of color are often left out of clinical trials on skin cancer. According to the American Cancer Society, skin cancer survival rates are lower for non-Hispanic Black Americans because it is often diagnosed at later stages. And a study in 2012 found that 47% of dermatologists said their medical training was inadequate in addressing skin conditions for Black patients.

But further complicating the issue of sunscreen use is the ongoing question of whether or not certain sunscreens do more harm that good overall, prompting the rise of sunscreens by clean beauty brands made with zinc oxide or titanium dioxide, both labeled as “generally recognized as safe and effective” (GRASE) by the FDA.  A May 2019 study found that several chemical ingredients commonly found in sunscreen appeared in the blood at levels higher than FDA recommendations.

Sara Dudley, the CEO of the Sunscreen Company, pointed out that “the category of mineral sunscreens has not been inclusive” for people of color.

In addition to clean sunscreen, the clean beauty market as a whole has been behind the mainstream with regard to inclusivity in product selection. Credo Beauty has been working to change this.

Clean beauty is “too white,” said Credo Beauty co-founder and COO Annie Jackson. “To have customers come in and not be able to be shade-matched is totally unacceptable.” She said the retailer has been pushing brands to increase their diversity of shades and overcome challenges to do so.

“It’s a little bit of a chicken and egg thing because they are smaller indie brands,” she said. “The investment is great to get into deeper shades and a more extended shade range. It has been a challenge, but it’s been a push for us for about four years.”

She also emphasized the need for brands to create inclusive collections from the start, rather than introduce more products later. For example, if a brand starts with a limited shade collection with the intention to add more shades later, “you’ve already told that customer you’re not for her,” said Jackson. “Launch them right way — all the shades — because otherwise, you just shouldn’t do it. It’s just not the right thing to do. You want to be welcoming to everyone.”