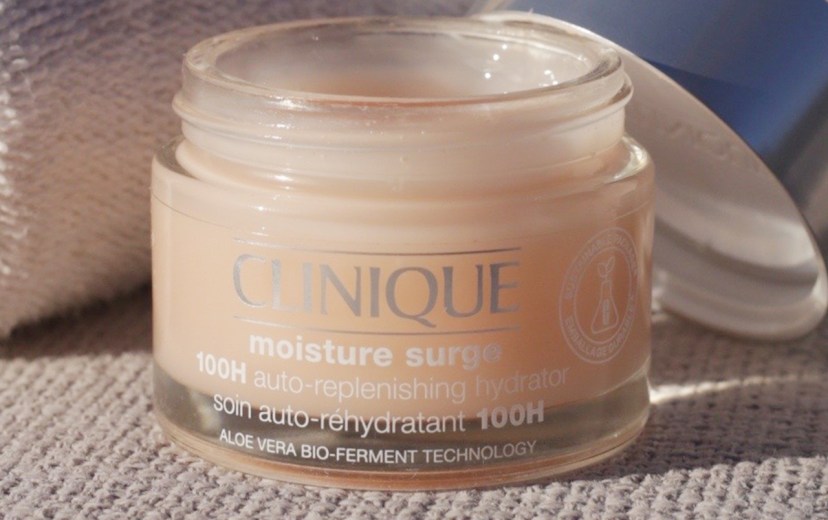 This week, I’m looking at the various ways brands are approaching Gen Z. For the original youth-focused Clinique, it’s through digital channels, and for newcomer Rare Beauty, it’s via a retro zine. Also, a breakdown of the pay gap in professional beauty.

When Covid-19 hit the U.S. in March 2020, it was go-time for all beauty brands to figure out digital. While this was easier for some, namely digital-centric companies like Thrive Causemetics, others like Clinique had to make big changes.

To its credit, Clinique was fast and furious, one-upping itself almost monthly. In April 2020, it began hosting digital livestreams, partnering with Swedish video platform Bambuser. “Game of Thrones” star Emilia Clarke made her first appearance in the brand’s livestreams in June. (She became Clinique’s first global brand ambassador at the start of the year.) In the fall, the beauty brand launched its virtual Skin School consultations and double-downed on the concept with an interactive microsite: Skin School x Clinique Laboratories utilizes technology to mirror in-person product testing and shopping. The brand is also leaning into TikTok. It launches its third simultaneous campaign on the platform for its acne products on April 1. It has two others running now, for its Moisture Surge and Clarifying Lotion products. And later this year, it will be debuting online clinical consultations with dermatologists to ride the broader “DermTok” wave.

“Our Clinique consumer is smart. They want the details, they want the education, they want to make the smart choice. Obviously, we go where they are at, to reach them through TikTok instead of traditional media. That has changed, but how we respect their intelligence and their need for good science-based information hasn’t changed,” said Michelle Freyre, Clinique svp and global general manager. Freyre is new to Estée Lauder Companies. She came to the conglomerate in June 2020 after 2o years with Johnson & Johnson. There, she was president of U.S. beauty, within J&J’s consumer health products division. Her purview included Clinique competitor Neutrogena, as well as Aveeno, Clean & Clear and RoC.

Fifty-three-year-old Clinique has been trying to move away from its store footprint since 2018. In that year, my colleague Emma Sandler reported that Clinique was “disproportionately affected” by the closure of retail partners in North America, such as Macy’s closure of 100 stores. It phased out initiatives, such as on-campus beauty counters at university bookstores to reach younger shoppers, in favor of partnerships with influencers and Refinery29’s 29Rooms. But when the pandemic began in the U.S. last year, Sephora and Ulta stores also closed for months, and Clinique’s experiential forays like its pop-up for Clinique iD had to be translated online.

Freyre would not disclose the brand’s current split between physical retail stores and online, but said, “We were very penetrated in department stores, and in the specialty, multi-brand [stores] like Ulta and Sephora. But especially with Ulta, the brand is doing extremely well because of the pivot to virtual service.” A Clinique spokesperson said it is seeing “high engagement with consumers across all new tech platforms.”

SimiliarWeb data validates this: Clinique‘s on-site searches have increased 11% year-over-year in the last six months on Sephora and 33% on Ulta. “Not only have visits increased on Ulta, but Clinique‘s conversion rate has also improved significantly,” said Ariane Turley, SimiliarWeb lead beauty industry consultant. “On Ulta, visits to Clinique [product pages] in the last six months converted at 13.7%, versus 12.2% on Sephora. As Ulta continues to have more prestige brands on its site, it has started to drive more quality traffic to brands, increasing conversion rates.” Turley explained that Clinique’s newer launches, such as its Moisture Surge product, appear to be driving its wins.

Clinique.com, which Freyre calls the most robust expression of the brand, has also fared well during the pandemic. Turley reported that average monthly traffic between March 2020 and February 2021 is up 41% year-over-year. In November 2020, it had its biggest boost in traffic, reaching 2.4 million visitors.

“They’re doing all the right things. Their ad spend is in the right place and they’ve developed the right products, like with their clinical serum foundation. But they’re not the first to do [digital pivots and skin care-makeup hybrid products]. I’ve seen this all before,” said Tiffany Hogan, principal analyst over beauty and apparel at Kantar Consulting. “The problem with stalwart brands is that they’re universally valuable, but they’re not doing anything to stand out. It’s a bit like the Gap, who used to be all about youth culture, and now they’re just in the middle.” This all goes for Clinique’s vintage millennial branding, which may not pop on an Instagram feed versus Gen Z’s preferred loud and bright aesthetic.

Freyre said that, on Instagram, the brand is pivoting and approaching it with a filter of authenticity via skin influencers and dermatologists. Product shots, too, have become less polished, she said. “We are seen as such a trusted expert, but [consumers] don’t want to hear directly from the brand in that way; they want to hear from other voices that express a real authenticity and include expertise,” she said.

Despite the onslaught of Gen-Z brands to choose from, Clinique is making headway with younger shoppers. “Among 18- to 24-year olds, the [cosmetics and skin-care] category saw 37% growth in [customers] and Clinique registered over twice that at 81.2%. That is significant overperformance in acquiring a younger buyer, and there is a similar pattern in the actual dollar spend growth in that segment,” said David Gill, Rakuten vp of analytics.

That Clinique isn’t exclusively targeting Gen Z is well enough, since it is universally beloved by a broader base.

“The mature millennial is core for us,” said Freyre. “But a lot of younger consumers will tell us that they worry that makeup is going to make them breakout or that it’s bad quality makeup. So that’s where we focus — we focus on us, on our consumers and on our skin-care equity. That’s how we win.”

How Rare Beauty is throwing it back

Many beauty brands are focused on what’s new — Clubhouse, Newness, the D’Amelio sisters. But others, like Rare Beauty, are using nostalgia to chart their path forward. On Friday, the Selena Gomez-founded beauty brand ventured into zine territory with All My Friends, a print and digital community founded in 2019.

While Rare Beauty CMO Katie Welch said the brand had been thinking about creating an editorial product in-house, it decided to partner with All My Friends on the fifth issue of the group’s print publication. “We looked at the website and their social, and everything was so well done; it was incredible. We DMed these young creatives and wanted to see what we could do.”

All My Friends is produced by a staff of four high school and college students: Abby Waisler, Lina Christopherson-Jeong, Katie Pruden and Ava Hausner. Waisler said she started the magazine “to provide a space for young creatives to share their work.” Past thematic concepts it has explored include “Generation Dreamer, ” “Planet” and “Friends Forever,” said Christopherson-Jeong.

For Rare Beauty, Welch gave the team free rein to explore the topic of vulnerability tied its Stay Vulnerable beauty collection that launched in January. Articles were written and edited by the All My Friends team, and photos and social assets were also created by the foursome. Rare Beauty’s involvement was limited, in that it helped with the printing cost of about 100 copies of the zine and facilitated access to certain interview subjects like singer-songwriter Justin Tranter. The print issue is $20 and all proceeds go to the Rare Impact Fund, the brand’s mental health arm.

“From the very beginning, they were adamant about letting us go in whatever direction, creatively, we wanted. We immediately had a million ideas, but through many calls with the four of us and the Rare Team, we were able to bring it to life and into what it is now. In all of our magazines, there is an aspect of being vulnerable to [say] that,” said Pruden.

While Rare Beauty product is featured in the issue, it hardly feels like an advertorial. In fact, the beauty POV has a blink-and-you’ll-miss-it quality.

“We had no playbook for this — many things that we do in marketing today have no playbook. But, we didn’t want to do something formulaic,” said Welch. “It really is about experimenting and letting our community do their thing.”

Beauty’s gender gap by the numbers

Much like nursing and teaching, women dominate the professional beauty sector: Women hold 89.6% of beauty services jobs. But, beauty pros don’t feel there are equal advancement opportunities across genders.

50-plus influencers are changing beauty’s perceptions around age.
Glossier goes to the movies for Lash Slick mascara.

Old golf courses are being turned into e-commerce warehouses.