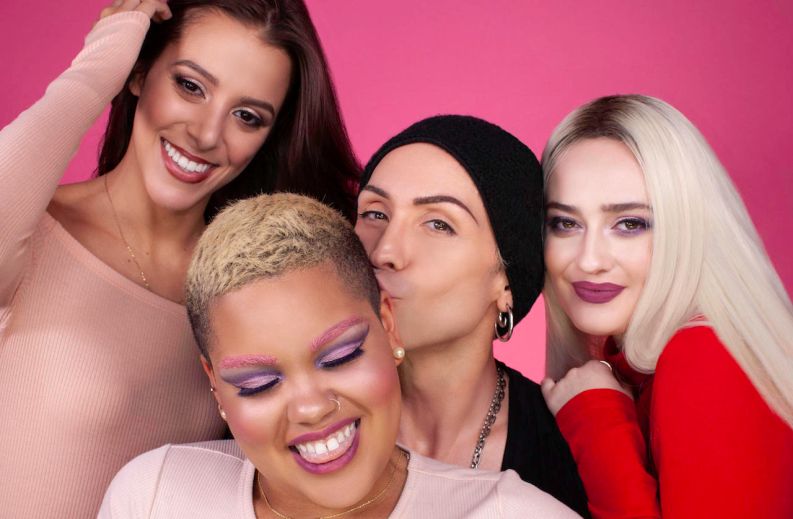 Though color cosmetics line Eddie Funkhouser originally came to market as a masstige player in 2012, with distribution at 75 Rite Aid stores, Amazon and its direct-to-consumer site EddieFunkhouser.com, the beauty brand has worked hard at elevating its image in the last 18 months. In April, Eddie Funkhouser makes its relaunched “premium” debut in 16 Riley Rose locations, with an additional 14 planned for later this year.

“We’ve been thinking about where we want to go as a brand, and we felt we needed to dress up our product offering and give the Urban Decays and Jeffree Stars of the world a run for their money,” said founder Eddie Funkhouser.

Since Rite Aid and Albertsons merger talks collapsed making the future of the aforementioned drugstore uncertain, Eddie Funkhouser has focused on revamping its positioning and approach to retail partnerships. Since late 2017, the beauty brand has put $1.5 million toward its goal of appealing to a more elevated and savvy beauty customer, while remaining accessible, said Ashkahn Mokhber, Eddie Funkhouser COO.

Eddie Funkhouser launched eight new products at Riley Rose, including lip kits and larger eyeshadow palettes, and updated its product packaging: It’s removed the plastic shrink wrap that previously was found on its products in favor of unicartons, or higher-quality cardboard packaging favored by competitors like Urban Decay, as well as more prestige players like Nars. Mokhber detailed that the brand’s new product and corresponding packaging roll-out cost around $350,000. However, the newer products’ pricing will remain consistent with the brand’s $10 to $30 sweet spot to remain loyal to existing customers.

“The assortment you’re finding in Riley Rose is completely different from what we are selling at Rite Aid,” said Mokhber. “We quickly realized we were looking at a more Gen-Z and younger millennial customer, who was obsessed with makeup, than someone just picking up something because it caught their eye in a drugstore aisle.”

Mokhber said the new assortment won’t likely be carried at Rite Aid until late 2019, when it will update its in-store displays. (In West Coast Rite Aids, Eddie Funkhouser currently stocks two-bay gondolas with 102 products, and on the East Coast, it stocks one-bay gondolas with 85 products.)

After spinning out of Forever 21 in October 2017, beauty retailer Riley Rose carries a wide assortment of Gen-Z and millennial favorites like Lime Crime, Winky Lux and BH Cosmetics.

Eddie Funkhouser will launch additional, Instagram-worthy products, including an updated collection of eyeliners, in the retailer this year. The brand is also exploring other national and international retail partnerships, and is currently in talks with Planet Beauty, which has 40 stores across California.

Though with the new Riley Rose distribution, Eddie Funkhouser’s DTC-to-retail split will shift from 75% direct and 25% third-party in 2018 to a more even split in 2019, the brand is still very much focused on its digital customer, according to Funkhouser. It saw sales double last year, largely through sales on EddieFunkhouser.com. It recently built out its own in-house content studio, costing around $50,000, to create more ambitious social and digital assets, and it’s spent $200,000 on digital advertisements since late last year. Thus far, Eddie Funkhouser has seen engagement across all its social platforms, measured by likes and comments, increase five times year over year.

“We see all of these efforts as necessary to compete and to satisfy our customer. Social and digital are not only where we want to be and where customers start in their discovery process, but it’s also where stores and buyers look for inspiration,” said Funkhouser. “What we are doing is working, so we only want to do more of it.”