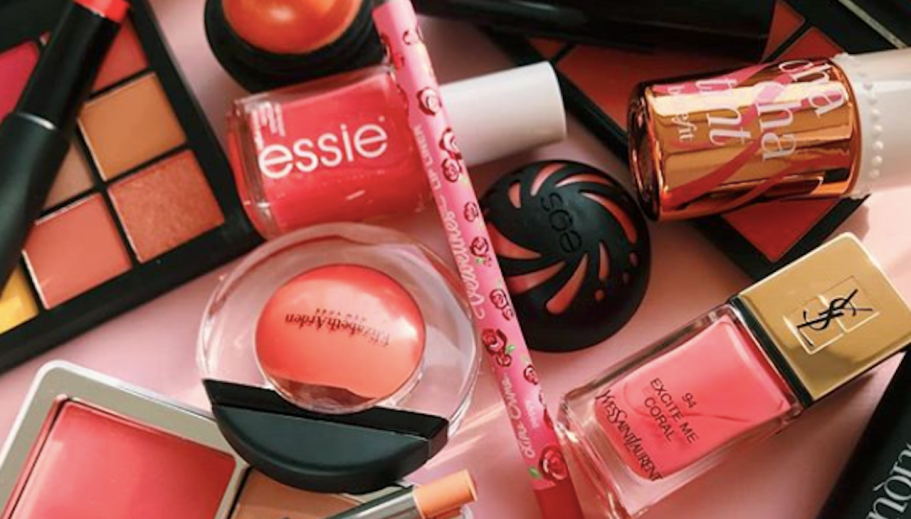 Beauty and Wellness Briefing: The state and direction of the UK beauty market

Welcome to Glossy’s Beauty and Wellness Briefing. This exclusive and inside look at the beauty and wellness industries is meant to dig into the topics that really matter and shed light on the elephants in the room. Sign up here to get the briefing delivered to your inbox every Wednesday.

Prior to Feelunique losing its CEO, Joël Palix, in February, the U.K. beauty e-commerce site laid out an aggressive international expansion plan in 2019 via partnerships in Russia, India, China and Sweden. Though Palix is no longer at the helm and the company is currently looking for a new CEO, Feelunique is continuing on that path. Over 50% of the retailer’s sales happen outside of the U.K., said Jennifer Roebuck, Feelunique’s chief marketing officer.

“The U.K. is our home, but it is important to migrate to become an international retailer,” said Roebuck. “While we do see growth in the U.K., there are larger gains to be had in Europe, the Middle East and Asia. The U.K. has become an increasingly fragmented market, and the U.K. is in decline, from a retail perspective.”

Unlike in the U.S., where pure-play beauty retailers like Sephora and Ulta Beauty have the advantage over department stores and specialty shops, and are competing in a daily winner-takes-all battle, the U.K. market is still largely up for grabs. Despite many local beauty retailers, like Feelunique, Cult Beauty and Space NK, there isn’t one that is inching ahead.

Fragmentation is a factor, as is an oversaturation of retailers with no precise differentiation. Sale rumors among pure players are telling: In December 2018, private equity firm Palamon Capital Partners called off its sale of Feelunique after bidders failed to match the firm’s $223 million [£200] valuation. In 2018, Feelunique reached about $120 million in retail sales and experienced 25% year-over-year growth. However, The Sunday Times reported that the company experienced about a $7.3 million loss last year. Fellow digital player Cult Beauty, which raised about $2.42 million in funding between 2011 and 2014, was also said to be exploring a sale, according to industry sources, and in July 2018, Space NK tapped Goldman Sachs to explore possible sale options — Unilever was said to be circling.

Feelunique would not comment on possibly re-entering sales discussions. However, Roebuck said, “Like many pure-play beauty retailers, we can see market fragmentation increasing. That puts pressure on customer acquisition costs and makes customer retention even more important as we scale the business. There are many rumors about pure-play beauty businesses up for sale in the U.K. or in discussions regarding mergers and acquisitions. The fact is, it is a fragmented market, which is why there is so much speculation.”

Still, according to data and analytics company GlobalData, the U.K. beauty and health market is outperforming other sectors and is estimated to reach about $30 billion by 2022. So while an opportunity exists to own the beauty space, pure players have not found their footing.

Debbie Ellison, head of digital at Geometry, attributes the challenge that many of these U.K. pure players are facing to the Amazon effect. “The role of digital in the customer’s purchase journey has changed. It’s where customers are doing their research and learning about a brand first, so when they finally do go to a retailer, they already know all about a brand and product. When they are ready to purchase, they are looking for the best price and who will get it to them the fastest,” she said.

Sarah Brown, founder of U.K.-based skin-care brand Pai, echoed these sentiments. “Many of these retailers are ultimately competing for the same customer, and their only value add is to offer that discount,” she said. “Retailers’ demands on brands are more and more, whether it be marketing or margins, so from an indie perspective, it can’t be a race to be in as many retailers as possible, because then you end up cannibalizing yourself.” For its part, Pai, which is seeing 90% year-over-year revenue growth in the U.K., is in very select distribution with retailers like Nourish, which understand its “white space” and are aligned with “evolving customer values.”

Compounding the price issue is the lack of differentiation in assortments, as well as experience. To the lay customer, Feelunique and Cult Beauty share the approach of bringing indie brands with a strong founder story to the U.K., whether it is Huda Beauty for Feelunique or Drunk Elephant in Cult Beauty’s case. Space NK has the benefit of 68 stores in the region, in addition to its online site, and has more of a luxury assortment. For example, it carries La Mer’s Crème de la Mer, which ranges from about $134 to $1,700, and 111 Skin’s Celestial Black Diamond Cream that retails for about $669. However, these prices can be off-putting to millennial and Gen-Z customers. In Feelunique’s case, Roebuck said the company does not enforce exclusivity contracts like Sephora and Ulta do here in the U.S., à la Fenty Beauty or Kylie Cosmetics, respectively. But the company is looking into categories like sexual wellness and clean beauty as a way to create more differentiation opportunities.

“Like U.K. retailers, which are looking for opportunities elsewhere, the U.K. shopper is no longer restricted to shop within the U.K. alone,” said Alexandra Pinder,  director at strategic communications and influencer agency Halpern. “Shopping beauty has never been easier and yet more difficult in the U.K. From high-street retail to online beauty destinations to swipe-up-to-buy and affiliate programs, you can get your hands on the latest mascara or the newest retinol product quickly and competitively, but with all this choice comes confusion. Customers don’t know where and how they should shop for beauty.”

In many ways, the U.K. could benefit from a Sephora- or Ulta-like model, as customers are becoming less brand loyal, said Pinder. Boots, the U.K. pharmacy, which is estimated to hold 20% of the U.K. beauty market, revamped its beauty offering in April to be more like Sephora and allow for the test-and-try atmosphere. However, some don’t see it as a place for experimentation.“The middle-of-the-road, repeat customer is going to Boots, but that is because it’s about replenishment,” said Trinny Woodall, founder of makeup line Trinny London. It’s worth noting that Sky News reported on Tuesday that Walgreens Boots Alliance (WBA) is looking to close more than 200 Boots stores during the next two years, as the company saw profits fall by more than 18% last year. Sephora, for its part, tested the U.K. market after a brief stint between 1999 and 2005 and has not been back.

Still, according to market research firm Euromonitor International, approximately 83% of beauty and personal-care sales still happen in store-based retail in the U.K., while around 12% happen online. Apart from its prestige price point and its own sale considerations, Space NK seems to be the most obvious heir to create an enticing high-low physical retail experience, said Ellison.

Rodial founder Maria Hatzistefanis sees offering a brand-led, in-store experience in the U.K. as table stakes at this point. “As a brand, we are very big on telling the brand story. Department store counters allow us to offer the full product assortment of both skin care and makeup, and the full collection. We treat our counters as our own flagship stores,” she said.

However, Trinny Woodall, founder of Trinny London, doesn’t see those third-party relationships as a value add at this point, much like Glossier. “Why would I give Space NK or even Harrods 60% of my proceeds? Forget it. I didn’t build the business model to give that away. Do I want to get that Space NK customer? Yes, I would love to, and I can. It might take a bit longer, but their message and proposition is diluted, and there is too much competition to just create a Korean area or an indie area in a larger store.” Trinny London, which launched in 2017 and sees about 50% repeat customers with basket sizes around $300, has no plans to open its own standalone stores yet.

“There is a lack of innovation happening in pure-play retailers off and online in the U.K. For any one retailer to win, technology, innovation and experience need to be more top of mind,” said Pinder. — Priya Rao, beauty editor

What does Natura & Co’s acquisition of Avon Products Inc. say about the future of both businesses?

Katherine Power, Who What Wear co-founder and CEO, discusses the community aspect of building the company’s first skin-care line, Versed, on The Glossy Beauty Podcast.

Unsun Cosmetics and SheaMoisture are bringing shade-inclusive SPF-focused products to the masses via Target and Walmart.

Beauty brands are fighting back against counterfeit products.

The Ordinary is expanding its U.S. distribution by launching with Ulta.

Could menopausal products be beauty and wellness’s next boom?

Sephora ramps up its inclusivity efforts with latest brand campaign.