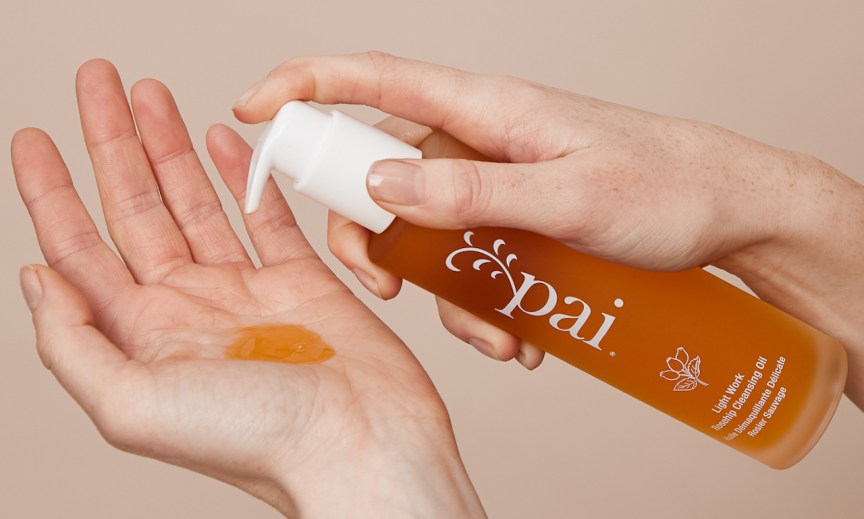 Beauty and Wellness Briefing: Pioneers in organic and clean beauty are seeing the fruits of their labor

Welcome to Glossy’s Beauty and Wellness Briefing. This exclusive and inside look at the beauty and wellness industries is meant to dig into the topics that really matter and shed light on the elephants in the room. Sign up here to get the briefing delivered to your inbox every Wednesday.

When organic skin-care line Pai launched in 785 Sephora Europe doors in March, it was largely merchandised in the beauty retailer’s Super Ingredients sections of stores — a “good for you” segment that highlights ingredients and shares parallels with Sephora U.S.’s Clean at Sephora initiative that began in May 2018.

Interestingly, though U.K.-based Pai sits with brands like Origins and My Clarins in Sephora Europe stores, it remains the only beauty brand that follows the Soil Association Cosmos Natural standard certification. To receive this European seal of approval, companies must prove that their products do not include parabens, phthalates, synthetic colors, dyes or fragrances. They must also undergo regular third-party inspections and paperwork for manufacturing traceability.

“That rigorous standardization is something that has always been a part of our DNA, and I won’t compromise on it, especially until greenwashing is no longer prevalent and organic in beauty is compulsory,” said Sarah Brown, Pai founder.

However in 2019, organic and clean beauty brands alike are realizing that their work behind-the-scenes, when shared publicly, has a positive impact on their bottom line.

Since its Sephora Europe March launch, when Pai nearly doubled its retail door footprint to about 1,000 stores globally, the skin-care brand has been performing well above expectations. It is over 150% past its initial sales projections in Sephora Europe and is on track to hit $10 million in yearly revenue for 2019. This will be a 50% year-over-year revenue increase, while 2018 saw about 30% sales growth. Pai is also set to debut in Sephora Asia online in September and hopes Sephora U.S. will be next.

“Our organic promise and certification is something we haven’t been as outspoken about, as we’ve led with being a brand for sensitive skin, but we probably should be yelling it from the rooftops more,” said Brown. “Communicating the virtues of the brand is definitely having an effect on sales performance.”

Though Pai has invested in Cosmos standards since it began its business 13 years ago, Brown realizes the brand’s ingredient and manufacturing transparency is now as much of a marketing proposition as it is a product proposition. She’s not the only one — Credo’s co-founder and chief operating officer Annie Jackson feels the retailer could be drawing more attention to its Credo Clean Standard that became consumer-facing in September 2018. Beautycounter, for one, is upping its efforts to outwardly showcase what it is doing behind-the-scenes to combat non-toxic beauty.

“Most people are trained to talk and think about the ‘nos’ in a product, like [Drunk Elephant’s] Suspicious 6, but our dirty list has 1,520 ingredients, which is one of most comprehensive in beauty retail,” said Mia Davis, Credo’s director of mission. “What we are trying to do now is highlight that everywhere.” One example of this is Credo’s new Product Finder tool on CredoBeauty.com, which allows customers to search for products that do or do not contain certain ingredients.

Jackson said, “In a way, [other] retailers jumping on the bandwagon brings awareness to ingredient transparency and chemical safety, and it is a good thing. But it can be a double-edged sword when a customer doesn’t know if a symbol or standard is meaningful.”

Lindsay Dahl, Beautycounter senior vice president of social mission, agreed. “In an industry with no standards, it is up to companies to create their own standards themselves,” she said.

Beautycounter has its own set of requirements for its products — the brand’s Never List has grown from 1,500 questionable or harmful chemicals in 2013 to over 1,700 today. Its success to date is proof that this concept of real transparency, when it comes to healthy ingredients and manufacturing, can scale. In 2018, the company was expected to hit $325 million in sales. Beautycounter is increasing the cadence of its social and digital marketing that not only speak to its products, but also its “Clean Promise.” Later this year, its internal emphasis on responsible sourcing and manufacturing will be a priority to message in all launch communications.

For its part, Pai has also started story-telling its proposition online since January, via its “Making Mondays” and “Q&A” Instagram Stories series that explain its formulation of products. Coupled with its launch in Sephora Europe, Pai has seen customer engagement on social increase by 20%.

“It is really hard for the consumer to understand what INCI [International Nomenclature of Cosmetic Ingredients] lists are, when those lists are microscopically small and when there is not a standardization across the board,” said Brown. “Showing people the inside workings of our products and business is absolutely about being transparent, and when customers see a brand that does do this and does it well, it resonates.” — Priya Rao, beauty editor

3 questions with Nader Naeymi-Rad, Indie Beauty Media Group publisher
Indie Beauty Media Group, which runs the trade show Indie Beauty Expo, events company BeautyX and publication Beauty Independent, is attempting to strengthen its ties to cosmetics professionals. After first debuting in August 2018 a vendor directory called UpLink for indie beauty companies, IBMG will now add UpLink Live as a companion event to the Indie Beauty Expo. It is an attempt to connect in real time entrepreneurs with vendors that serve emerging brands. In step with that, it is also eliminating the consumer-facing portion of IBE, called Shop Indie.

Why are you eliminating the consumer-facing event Shop Indie in favor of UpLink Live?
The hard reality is that, as we grow, it’s becoming difficult for business professionals to cover [our] event in two days. We heard from both buyers and brands that they needed more time, and when there are consumers shopping, it’s harder to have a conversation.

Was competition from other consumer beauty events, like Sephoria, Beautycon and Beauty Bash, a factor?
Yes and no. We didn’t attract people who want to wait in line for an hour to take a photo with an influencer. She was most likely older than 35 years old, coming after work and looking to discover and shop, based on ingredients. If we see there is a genuine, unmet need by consumers, we may go after it again. But, it’s not at the top of our priority list.

What recent trends are you seeing emerge from IBE?
Beauty buyers are our fastest-growing attendee group. We had 80 buyers at our first event in 2016, and this year, we expect 2,500. Retailers have realized independent brands are where a lot of the innovation is happening and beauty entrepreneurs are getting smarter every year. They are becoming more focused on how to build brands. — Emma Sandler

By the numbers: Influencer marketing around the globe
In its quarterly Global Beauty Report for the first quarter of 2019, Tribe Dynamics found:

The top-three beauty brands in the U.S. with the highest earned media value [EMV] were upstarts including Anastasia Beverly Hills, Morphe and Huda Beauty. Anastasia and Morphe saw quarter-on-quarter increases of 6% and 20%, respectively, while Huda Beauty was flat. Huda and Anastasia also saw large increases in the U.K., at 39% and 28%.

Interestingly, in East Asia, heritage brands saw the greatest EMV increases due to product launches. For instance, Dior saw a 50% quarter-on-quarter increase in Japan and a 120% boost in Korea. — Priya Rao

Kim Kreuzberger, Goop’s chief revenue officer, shares how the company continues to cater to customers, including those in the $1 million or more club and men.

M&A deals are swirling around digitally native brands, like Harry’s and Kylie Cosmetics.

FabFitFun makes its move into the U.K.

Cosmetics brand War Paint is under fire for using toxic masculinity to sell makeup to men.

Coty misses revenues expectations, largely because of lower demand for consumer brands like CoverGirl and Rimmel.