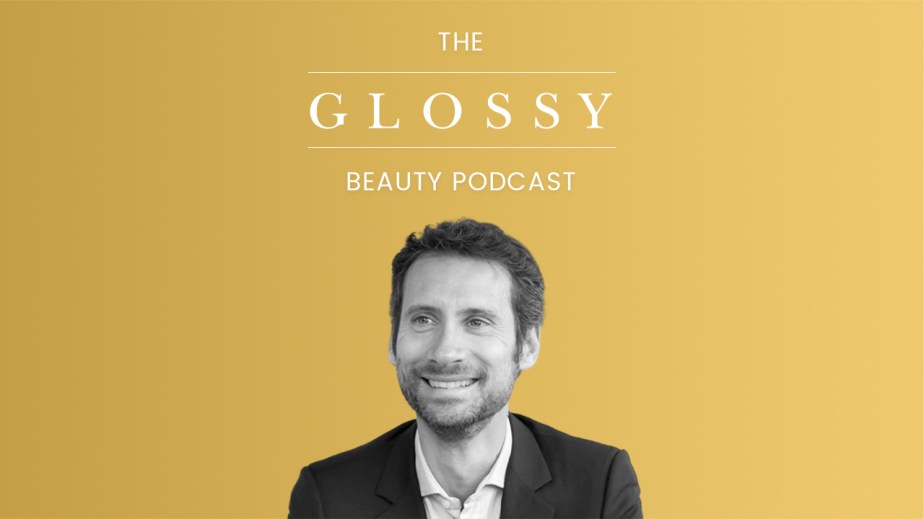 ‘We don’t want to be La Mer’: Augustinus Bader’s Charles Rosier on creating the next cult beauty brand

Some beauty products trickle down from medical use to everyday consumers by happenstance, but Augustinus Bader’s skincare line is the opposite, according to the company’s CEO Charles Rosier.

Rosier first learned about Professor Augustinus Bader’s research around a “wound gel” in a case study involving a young burn victim. “Basically, using that wound gel [Augustinus] was able to prevent skin graft and scarring to that child,” Rosier said on the Glossy Beauty Podcast. “I was really shocked that the thing could exist, but was not widely available.”

As Bader — a professor of stem cell biology at Germany’s University of Leipzig — told Rosier then, he felt that pharmaceutical companies weren’t as willing to fund clinical trials because “the number of cases of burned people in the Western world was not so high. Most cases are actually in the third world,” he said. “For a pharmaceutical group, it’s not necessarily the most valuable customer.”

Rosier decided to step in and co-found a consumer-centric version of the company in 2018. He thought a skincare brand could help fuel Bader’s greater work — “he’s the brain doing the research, I’m the guy behind the scenes,” he said. The line has gone on to earn accolades among Hollywood celebrities for its rejuvenating effect, not just its medical expertise. That was by design — in lieu of a pricy marketing campaigns or influencers, the company distributed samples through a personal connection in Los Angeles in its early days.

Since then, Augustinus Bader has slowly added new products to its line-up to complement its cult status “The Cream” and “The Rich Cream,” which retail for $265. The company expects to earn $70 million in 2020, up from an estimated $24 million in 2019 — but Rosier doesn’t see the company putting dozens of products on store shelves (or online, where it makes most of its sales), despite the demand.

“We can’t lie about it. That product is efficient on its own and it nourishes the skin cells’ environment so your skin cells make the right decision,” Rosier said.

On meeting Augustinus Bader
“He shared with me the fact that a friend of his, who was head of reconstruction surgery at University Hospital in Germany, Munich, who applied the wound gel that he created in 2008, was able to prevent skin graft and scarring to that child. I was amazed, not only by the result but that that’s not widely available and would make huge differences in war zones, or for the Red Cross, and NGOs. At the same time, talking to Augustinus, because I’d invested in biotech before, I knew that you have to go through clinical trials, phase 1, 2, 3, 4, and it costs tens of millions. Because he’s a university professor, he didn’t have the personal funding to fund all the clinical trials until the end to make it available. The second part of it, he told me that pharmaceutical groups weren’t so interested because the number of cases of burned people in the Western world was not so high. Most cases are actually in the third world. Half of humanity still uses fire to cook and heat themselves. For a pharmaceutical group, it’s not necessarily the most valuable customer. So in order to finance the development of that wound gel that was not so attractive to pharmaceutical groups, I was in my head thinking ‘from burnt skin to perfect skin, you can probably do something about wrinkles.’ If you can fly to the moon, you can fly to the city next door.”

Hollywood, the original influencer
“Because we were a small team with no marketing budget, we thought ‘Okay, where is the most influential community worldwide.’ If you take a French celebrity, in some ways that person is influential in France, but not globally. If you go to Hollywood, celebrities are influential globally, their impact can be worldwide, with the exception of China). We had a friendship connection to Melanie Griffith and Don Johnson, and they kindly distributed the lab samples, the prototype of the cream to their friends in Hollywood. [And] journalists hear about the miracle cream every week. They’re a little bit suspicious, but because of Augustinus and the story they were interested. And I think they truly tried the product. As you know, journalists get maybe 20 products every day to try, and I don’t think they try every product.”

Why Augustinus Bader won’t sell a multi-step routine
“We’re not recommending a multi-step routine because we feel that once you’ve cleaned your face and you apply one product it’s enough. We heard that some people in California, in L.A., because the climate is very dry, they find our rich cream not rich enough, and on top of it they use an oil. Now, as we’re going to launch an oil, we would not be surprised that some of our consumers would use our cream plus the oil. But they would get the necessary effect using either the cream or the oil. We’re not seeing you’ll maximize the effect if you use four Augustinus Bader products rather than one. We’re sticking to our initial DNA, which is one product. If in some way putting more would lead to more result, commercially that would be interesting for us. But it’s not. We can’t lie about it. That product is efficient on its own and it nourishes the skin cells’ environment so your skin cells make the right decision. Once they get nourished with the right ingredients, they do the job, and they don’t need to be bombarded to understand it.”

Drawing a contrast with La Mer
“Philosophically we don’t want to be La Mer, because I think La Mer is part of a strategy from a bigger group, Estée Lauder. It’s the brand that tackled their premium customers. We’re not a big group. We want to talk to an audience which is as wide as possible. We don’t have one brand to speak to premium customers and another to speak to younger communities. Investing in youth skin is something that is valid from 16 years old to later. We know that some young people use Botox to prevent wrinkles, which is not very healthy. We want to be a healthy, good, true solution for skincare across generations and across communities. We have ambitious plans, we believe we have the best product in the market, so we see no limit to our growth.”