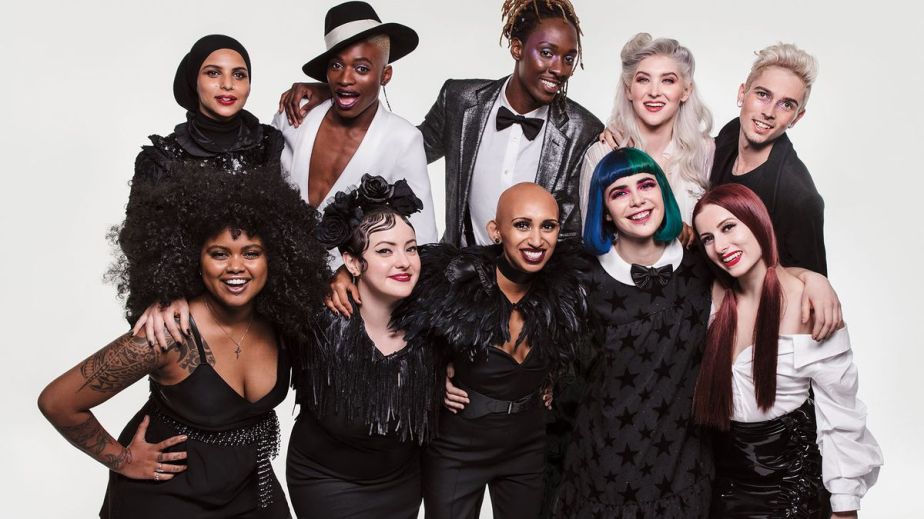 Sephora wins Innovation Team of the Year at the Glossy Awards

Sephora was a double winner at this year’s Glossy Awards, taking home the highly anticipated Innovation Team of the Year award — just three years following the formation of their internal innovation lab — and Best Campaign by a Traditional Beauty Brand for the “Reach Out and Gift” holiday campaign.

This year’s Glossy Awards were hosted by supermodel and “queen of pose” Coco Rocha at Current at Chelsea Piers in New York City. The annual awards gala honors the brands, media companies and technology firms that are transforming the fashion and beauty industries at a time of seismic change.

The finalists for Innovation Team of the Year were hand-selected by the Glossy editorial staff. The public had the final word, casting over 4,500 votes in one month. Nominees for the category included Athleta, Kering, Yoox Net-a-Porter group and the L’Oréal Digital Services Factory.

On the importance of this award, Glossy editor-in-chief Jill Manoff says, “Innovation teams hack all day to come up with new products, evaluate new processes and test the effects of new technology. In doing so, these nominees have effectively moved their companies forward.”

On how the advent of the Innovation Lab has helped move Sephora forward as a company, Kristy Frivold, senior director of innovation at Sephora said, “The client is at the heart of everything Sephora does, and the Innovation Lab enables us to create the most experiential destination, across channels, that is fun, rewarding, convenient and keeps her coming back for more.”

View all of this year’s winners below.

Best Use Of Video by a Fashion Brand
Swimsuits For All & Lizzo Beating — “Good As Hell” Resort 2018 Collection
Self-love advocate and hip-hop artist Lizzo teamed up with Swimsuits For All, the swimwear company specializing in suits sizes 4 and up, for a body positive campaign featuring her hit song “Good As Hell.” Models featured in the video sported the brand’s Resort 2018 collection which included high-waist bikinis and unique prints.

Best Mobile App
Burberry Mobile App
Burberry is allowing shoppers to get up close and personal with the brand through its app, available for devices running on iOS 9.0 or later. Users are able to peruse lookbooks for inspiration, save their favorites and make purchases.

On the success of MR Bazaar, Matt Little, head of operations said, “We got a chance to experiment with taking our online relationships offline. We saw a lot of appetite from partners and the industry.” When asked if we can expect another large-scale event soon, Little said, “Toward the end, of the year we’re hopeful to have another, larger activation for readers to come step into our world.”

Most Innovative Use of Social by a Brand

Firstborn — Adidas Originals NMD Campaign
Firstborn and Adidas joined forces to connect the NMD with analog photography in an effort to position the shoe as an aid to the creative process. The result: the first-ever Adidas campaign designed entirely for Instagram. Although the campaign never left the platform, it resulted in almost 200,000 website visits and 296 million impressions.

Best Breakthrough Startup
ThirdLove
Since its inception in 2013, ThirdLove has produced intimates, including bras, underwear, loungewear and more across 50 sizes and 15 styles. The brand’s online fit guide has been filled out over 6 million times, and more than $2.5 million worth of intimates have been donated to charity, so it’s safe to say they’re just getting started.

Best Brand-Agency Collaboration
Métier Creative & Ouai Haircare — #OUAIaddicted
When hairstylist to the stars Jen Atkin set out to launch her haircare line Ouai, she knew she wanted to create a social-first brand that made sense for her already established following. Enter Métier Creative, the creative branding and advertising agency, which spearheaded the original communication and social strategy, social identity, content production, product launches and influencer mailers.

Best Influencer Campaign
Preacher & Tommy John — Kevin Hart Collection
Who better to serve as a brand champion than comedian Kevin Hart, who has almost 60 million followers on Instagram alone? The world’s highest paid comedian liked the Tommy John undergarments so much that he set out to invest in the brand himself, which only furthered his drive to make the collaboration a success. A series of ads positioning Hart as an underwear mogul were viewed by over 6.5 million people across YouTube, Instagram and Facebook, and resulted in a 98 percent lift in brand awareness for Tommy John.

Best Breakthrough Product Collaboration
ColourPop and Qubit Aura
Qubit sought to solve mobile e-commerce’s largest issue: conversions. Qubit teamed up with ColourPop, the beauty brand born on Instagram, to redefine search by generating products based on each individual’s browsing habits and interest using AI. Since deploying Aura, ColourPop has seen a 50 percent lift in adds to bags, and mobile conversion rates are up.

Best Breakthrough Design Collaboration
Balenciaga, Net-a-Porter and Mr Porter
French fashion house Balenciaga worked with luxury fashion destinations Net-a-Porter and Mr Porter to debut its capsule collection, which launched late January of this year. The collection, which was the first under the creative direction of Demna Gvasalia to incorporate both men’s and women’s items, included 34 pieces ranging from T-shirts and hoodies to a redesigned Speed sneaker in a colorway exclusive to Net-a-Porter.

Best Use of Social by a Beauty Brand
Coty, Inc. — OBSESSED Calvin Klein Social E-Sampling
“OBSESSED” reinvented the iconic Calvin Klein scent OBSESSION, the 1993 campaign featuring Kate Moss. To mark the 25th anniversary of the provocative campaign, Calvin Klein transformed the unseen prints from the shoot and built a social campaign featuring Moss’s then-boyfriend Mario Sorrenti’s recollection of his time on the project.

Best Use of Video by a Beauty Brand
Refinery29 & CoverGirl — Power Faces
CoverGirl collaborated with Refinery29 for “Power Faces,” a campaign drawn from the sentiment that women should wear the makeup that makes them feel powerful, whether that’s a black lip and a bold brow or a more understated look. The motivation behind the campaign was that women are and should continue to reclaim makeup as a tool of self expression, and not wear it to cover up or change who they are. Power to the faces.

Best Use of New Platform by a Brand
Holition & CoverGirl — AR In-Browser Tool
For their second win of the night, augmented reality and software provider Holition partnered with with CoverGirl to let web visitors try on looks from their Spring ‘18 collection using AR. Visitors could then shop their preferences, all without leaving the browser. The initial promotional push brought in five beauty influencers including RayeRaye — who has over 1.5 million followers on Instagram — to put the try-on to the test by recreating looks from the AR tool in real life and comparing the results. Talk about real life application.

Don’t miss out on next year’s program. Sign up here to receive deadline reminders, tips for entering and more.