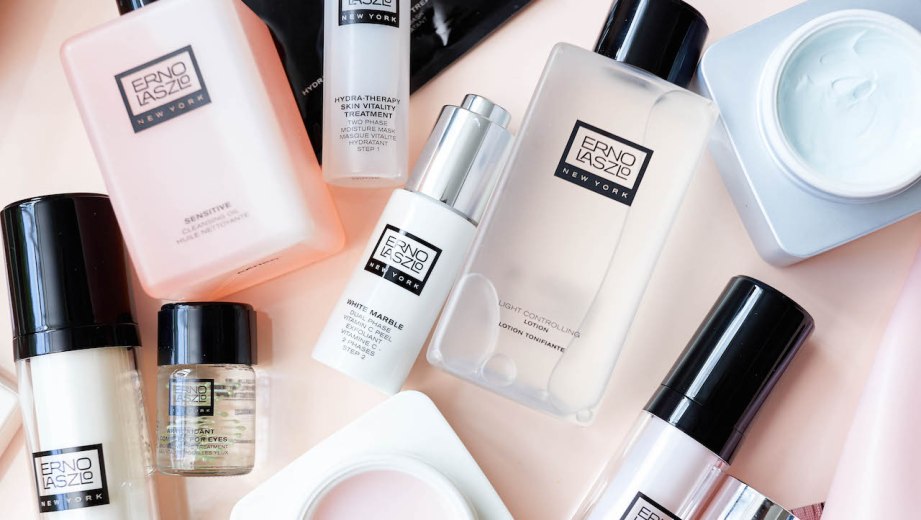 Ninety-one-year-old skin-care brand Erno Laszlo continues to shape shift. The heritage company, which is after a millennial shopper, has made more standalone stores and retail partnerships its focus for 2019.

In the first quarter of next year, Erno Laszlo will be opening its first store in Shenzhen, followed by New York and Shanghai locations in the third quarter of 2019. Three more standalone stores will open by the end of the year, said chairman and CEO Charles Denton, who came to the company in 2011 after a long-term stint at Molton Brown.

“We want to create the ultimate space where our customers can engage, from product to education to experiential,” he said. “Shopping online is like sending someone your resume — it is 2D, but coming into a physical store is coming to the interview and experiencing someone or something on a human level. I would much rather do that.”

This is a stark departure from other legacy skin-care brands like La Prairie, which recently saw growth through influencer marketing and pop-up activations.

Revisiting the branded physical experience
This marks Denton’s second attempt at revitalizing Erno Laszlo’s store footprint since it was acquired seven years ago. He had previously opened a revamped “Institute” concept in 2012 in Soho that drew upon the brand’s flagship New York Institute, which originally opened in 1939 and closed in 1973 when founder Dr. Erno Laszlo passed away. The latest locale, which required customers to pay a $6,000 yearly membership fee for spa-like treatments like facials and peels closed last summer. “We continue to evolve, and we see the physical space as the largest data point for the brand,” he said.

This time around, each new location will not rely so heavily on past brand perception and will have its own store DNA, according to Erno Laszlo — the Shenzhen store will be designed to mimic New York’s Museum of Modern Art and touch on the city’s growing art scene. Additionally, the new stores will not subscribe to a membership model, said Denton.

Banking on Asia
That Erno Laszlo, which was reported to have reached $100 million in sales earlier this year, is focusing on China as its updated store stomping ground speaks to its growing presence in the region. Thirty percent of its business now comes from Asia (the U.S. accounts for 40 percent of sales, with the rest of the world making up the other 30 percent), and its Asian customer is younger than its U.S. shopper — 32 years old, versus 37. The company is fueling this Asian customer interest not only with standalone stores but also by opening up to eight more department store beauty counters in China in 2019 (Erno Laszlo is currently in nine), as well as creating non-selling experiential events in Shanghai via counters and with T-Mall once a quarter.

“It cannot solely be about selling products when you are trying to grow a new market,” said Denton. Chief marketing officer Kristy Watson agreed, saying the Erno Laszlo Asian customer research plan has been largely informed by these “qualitative experiences” to understand how this woman discovers product and, subsequently, shops. For now, Denton added that all of its upcoming 2019 stores, in the U.S. and China, will not have revenue goals to hit as he sees the physical locations as “a necessary investment.”

Doubling down on department stores
In many ways, Erno Laszlo’s Asia strategy replicates what is working in the U.S., as well. The brand, which is in 200 specialty stores domestically and in Europe, will be opening in 10 more department doors via Nordstrom next year. Erno Laszlo has invested heavily in the retailer, as well as in Holt Renfrew’s eight doors that sell beauty in Canada. (Between 2011 and 2016, the brand pulled out of other traditional department stores like Dillard’s, Saks Fifth Avenue, Neiman Marcus and Bergdorf Goodman because they were declining as sales channels). For its part, 60 percent of Erno Laszlo’s retail sales still happen offline, down from 90 percent in 2011. (Its online sales are growing by 40 percent year over year, according to the company, and Erno Laszlo will re-platform its site in the first quarter of next year to facilitate an easier user experience.)

At Nordstrom specifically, Erno Laszlo has seen 30 percent year-over-year growth after cutting 15 products from its assortment in 2017 and focusing on best sellers like its Sea Mud Soap and Detoxifying Cleansing Oil. Events at Nordstrom have also been a boon for the brand, as they have been in Asia. In the last two months, Erno Laszlo hosted 28 events across the U.S. with the retailer around its Pore Refining Detox Double Cleanse, which debuted in September. Watson said that drove a 30 percent lift in retail sales. “Some department stores have a better, clearer point of view, which makes it easier for a shopper to navigate,” she added.

While stores and retail accounts may seem like traditional levers for Erno Laszlo to be pulling, Denton does not see it as an old way of thinking. “There is little crossover between consumers within each of our different channels,” he said. “We need be where our customer wants us to be and let her guide that. That is the only way for a heritage company like ours to stay relevant.”