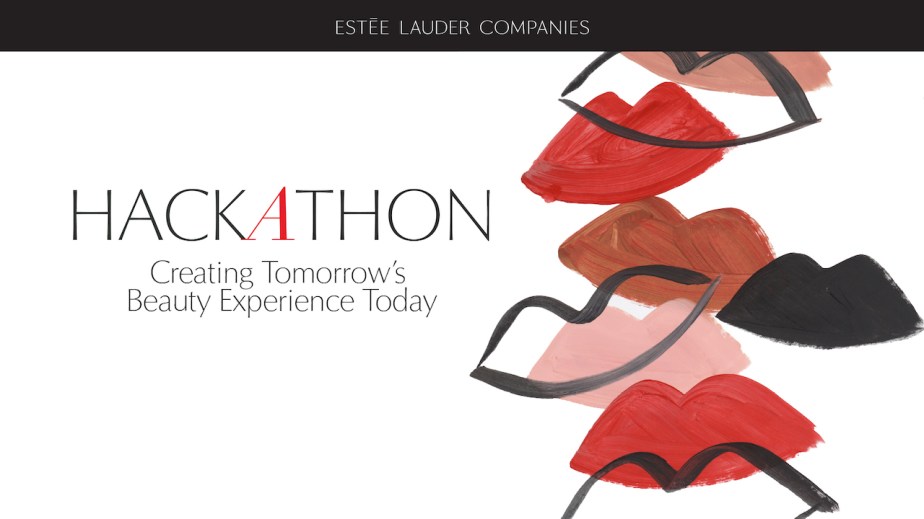 Estee Lauder hosts an external hackathon to innovate around technology

Fresh off the heels of Estée Lauder Companies debuting its Long Island City Technology Hub earlier this month, the beauty giant is hosting its first-ever hackathon on Friday and Saturday to innovate in technology across its beauty brands.

Over 250 participants, who responded to an open registration on ELCHackathon.com, are scheduled to attend the two-day event, according the company. A mix of working professionals and college students will be present, though the ratio leans more heavily toward students — they represent 65 percent of the competitors at the hackathon and come from local schools like New York University, Stony Brook and Fordham, and also the University of Washington, Bryn Mawr College and the University of Pennsylvania. Estée Lauder Companies largely drove to the site via college campuses, internal employee referrals, past interns and promotion at the September Grace Hopper Celebration, which is the largest conference for female technologists. This is an especially telling strategy for the 72-year-old heritage company as it looks to innovate around millennial and Gen-Z customers.

“We are sitting at this interesting intersection of the prestige beauty industry and technology, and we want to be the vanguard,” said Kimberly Saxton, vp of global IT operations and strategy, who likened Estée Lauder Companies’ opportunity in beauty to Apple’s with music and Uber’s with transportation. “Ideas can come from anywhere; they don’t have to come within these four walls.” Chief Information Officer Michael Smith agreed: “We want to see what we can do to really disrupt the space.”

Estée Lauder Companies owns over 25 prestige brands including its namesake line Estée Lauder, La Mer, MAC and Tom Ford Beauty. It has increasingly been leveraging technology over the last 18 months. In July 2017, Estée Lauder partnered with AR company ModiFace via a Facebook messenger chatbot allowing customers to virtually try on lipsticks. Later that year, the parent company launched a beauty-focused app for the Google Assistant on Google Home and also worked with Perfect Corp on an Estée Lauder AR training app for sales associates.

In August, when the company reported net sales rose 16 percent in 2018, Fabrizio Freda, president, CEO and director of Estée Lauder Companies, called out those types of external and internal tech strategies as crucial for the organization. “Fast-moving technology innovations continue to enhance the luxury beauty experience, and we are advancing features like augmented reality and voice-assisted shopping, which are gaining favor among consumers,” he said.

This is a becoming a more common trend with legacy brands: L’Oreal acquired ModiFace in March and began rolling out Facebook virtual try-ons in August with NYX Professional Makeup — that same technology is later going to be applied to all of its brands in its portfolio. And direct-selling beauty brand Avon Products, Inc released its personalized beauty app to help its 6 million representatives deliver better service to customers via technology.

Internally, Estée Lauder Companies is also trying to become more nimble as evidenced by its Long Island Technology Hub that now combines teams that were previously in eight different locations in the New York metro area. “We are excited to reflect on how we work and change the traditional model,” said Smith. “Co-creating will give us that competitive advantage.”

This connects back to the company-sponsored hackathon. Participants are encouraged to either come in fully formed groups of six or as individuals and later be paired up across technology functions like design, data science, software engineering and product management. The actual hacking at the event will run just over 24 hours, starting at 3:30 p.m. on Friday and ending at 4:30 p.m. on Saturday. “It’s unconventional, but anyone can be a consumer of our products, and if they aren’t, they know someone who is. We wanted to think of novel ways of interacting with that potential consumer base. It’s a way to talk about untapped needs in beauty and see how technology could solve them,” said Saxton.

Professionals and students will not be competing against each other, but each cohort will be able to win a Best in Show prize ($1,500 per team member), as well as $250-per-person category prizes in design, innovation and proof of concept (like the maturity of a prototype), and brand products. Smith and Saxton will serve as judges, as will brand executives from La Mer and Estée Lauder.

Saxton said the real prize for participants will be seeing their hackathon tools implemented in market. “It’s 100 percent about the consumer experience and cultivating inimitable customer experiences,” she said, noting that the possibility for Estée Lauder Companies’  beauty brands to adopt hackathon ideas is “high.” “Whether it’s about blending online with the in-store experience or creating new virtual try-on experiences, we want to be best in class.”